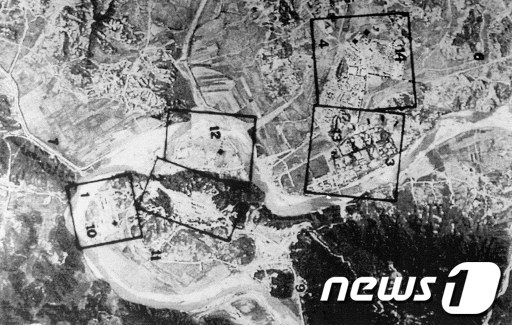 The secretive communist nation appears to have almost completed work on the reactor containment building at Yongbyon, apparently a hub for its production of not only plutonium but also uranium, according to the U.S.-Korea Institute at Johns Hopkins School of Advanced International Studies.

The next major step in construction, it added, will be loading heavy components such as the pressure vessel, steam generator and pressurizer, which would take six to 12 months, it added.

“Overall, it may take another one to two years before the new facility becomes operational,” it said.

The assessment is based on an analysis of satellite imagery taken April 30, which shows a contrast to photos taken on Dec. 24 and about two months later.

The North claims that the construction of the light water reactor is aimed at generating electricity but the international community suspects it to be intended to acquire more fissile materials.

“Regardless of problems with its missiles and uncertainty about another nuclear test, the North is plowing ahead with this reactor, a key part of Pyongyang’s strategy to expand its nuclear weapons arsenal,” Joel Wit, a visiting fellow at the institute, wrote on his blog dubbed 38 North.