Union group warns UPP to reform or it will quit

Union group warns UPP to reform or it will quit 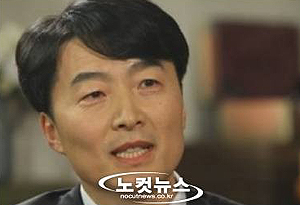 After the country’s largest left-wing umbrella union decided to conditionally withdraw its support, the interim leadership of the United Progressive Party yesterday gave an ultimatum to two hard-liners to yield their lawmaker seats in the upcoming National Assembly by next week.

The Korean Confederation of Trade Unions, the coalition of labor unions with 800,000 members, held a Central Steering Committee meeting for 10 hours on Thursday and discussed what to do about its tie with the UPP.

The schism in the UPP has widened day by day as a pro-North Korea faction rejected an emergency leadership created last week in the aftermath of a rigged primary and threatened to form its own leadership council. The hard-line faction also refused growing demands that proportional representatives who won seats in the upcoming National Assembly through the rigged primary must step down.

In the April 11 general elections, the UPP won seven geographical constituencies and six proportional representative seats. Among the six proportional representatives-elect, three were chosen through the rigged primary, while the other three were appointed. While Yoon Geum-soon, a farmer-turned-politician, gave up her Assembly seat, Lee Seok-gi and Kim Jae-yeon, both members of the pro-North faction, refused to do so.

“We approved the conditional withdrawal of our support for the UPP,” the labor confederation announced early yesterday morning after its marathon discussion. The confederation said its support would be taken away until the UPP restores its mission to serve workers and institutes reforms approved at the party’s Central Steering Committee.

The confederation’s 45,000 members belong to the UPP. If it decides to sever its tie with the UPP, the opposition party will suffer a huge loss.

“We strongly urge the UPP to unite its members with the emergency leadership at the center and end this chaos as soon as possible,” the confederation said. “This is the stern order of the 800,000 KCTU members.”

In an interview with CBS Radio yesterday morning, Kim said the possibility remains open for the KCTU to completely sever its tie with the UPP if its demands are not met. “If the party fails to implement its own reform measures, I am skeptical about its ability to function properly as a public political party even if the KCTU continues to support it,” Kim said.

Asked if there is a deadline, Kim said, “The Maginot Line that we see is the deadline created by the interim leadership. It’s the end of June.”

In another interview, Kim plainly criticized the hard-line faction for resisting the UPP’s interim leadership. “Many people and Representative Kang Ki-Kab, the interim head of the UPP, are trying to resuscitate the party,” Kim told MBC radio yesterday morning. “I seriously considered whether it was right for me to turn off the respirator at this point. And I wanted to give one last chance to the UPP. Laborers, no matter what happens, should not be the ones who extinguish the spark of a progressive party.”

Kim further criticized the hard-liners’ plan to create their own leadership in defiance of Kang’s leadership. He said Lee and Kim should give up their lawmaker seats. “They are probably demanding a vote of all party members to justify their retention of the seats, but justification can only come when they serve a just cause and make sacrifices,” Kim said. “I have to ask them what is so important in keeping one or two lawmaker seats.”

Fearful of losing its largest stakeholder, the UPP interim leadership yesterday gave an ultimatum to Lee Seok-gi and Kim Jae-yeon to give up their posts by Monday. The ultimatum is seen as a preparation to expel them from the party if they continue to resist. As the pressure snowballed, Lee and Kim relocated their memberships with the UPP’s Seoul Chapter to the more supportive Gyeonggi Provincial Chapter.