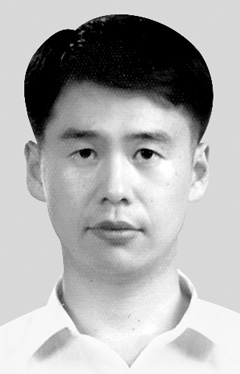 The opening ceremony for the Schulz-Flume Library was held at one of the main buildings at Hanyang University School of Law on Monday.

Imported from Germany, more than 5,000 volumes owned by Fritz Schulz (1879-1957), professor at Oxford University and a leading scholar of Roman law, and Werner Flume (1908-2009), professor at the University of Bonn in Germany and a pupil of Schulz, are on display at this special exhibition.

These law publications, collected by the two professors for over a century, capture the essence of European legal culture.

Without the two year’s worth of strenuous efforts to bring in the vast collection by Lee Jun-hyung, a 46-year-old professor at the Hanyang University School of Law, it would have been difficult to host such a successful opening of the special exhibition.

“You can find more than 5,000 volumes of law publications from the 15th century to mid-20th century at one stop,” Lee said.

“Hanyang University spent 40 million won [$34,707] to bring in these books from Germany, but I believe it is worth more than 400 million won in intangible value.”

It is expected to take approximately one year to arrange and digitalize the content of the books, with most of the volumes written in Latin. Some 85 percent of the books are rare specialty publications, and half were published before the 19th century.

“Due to the collections’ academic value and rare nature, the volumes have high value,” Lee added.

Unlike Japan and China, two countries that aggressively pursue the purchase of foreign collections, Korea is still accustomed to only purchasing books individually.

When Yang Chang-su, a Korean chief justice, first informed Lee about the existence of the law collection in Germany in 2010, Lee was very determined to bring these books to Hanyang University.

The process was not an easy one for Lee, since there was heated competition from other top Asian universities, including some from Korea such as Seoul National University and Ewha Womans University.

These universities entered bids to acquire the 5,000-piece collection. Hanyang University initially expressed disapproval in purchasing these books due to financial restraints and management issues.

In the end, Kim Chong-yang, former president of Hanyang University and one of the few in favor of the purchase, entered the competition. After much effort, it was he that finally signed the purchasing agreement.