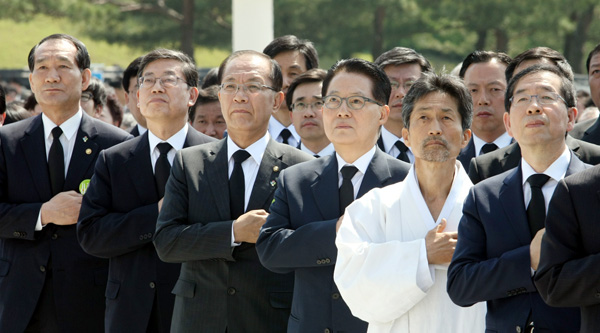 A ceremony was held to commemorate the 32nd anniversary of the May 18 Democratization Movement yesterday at the National Cemetery in Gwangju. From right, Park Won-soon, Seoul mayor; Kang Ki-kab, the interim leader of the Unified Progressive Party; Park Jie-won, the floor leader of the Democratic United Party; Hwang Woo-yea, chairman of the Saenuri Party; Prime Minister Kim Hwang-sik; Park Seung-chun, minister of patriots and veterans affairs. [NEWSIS]