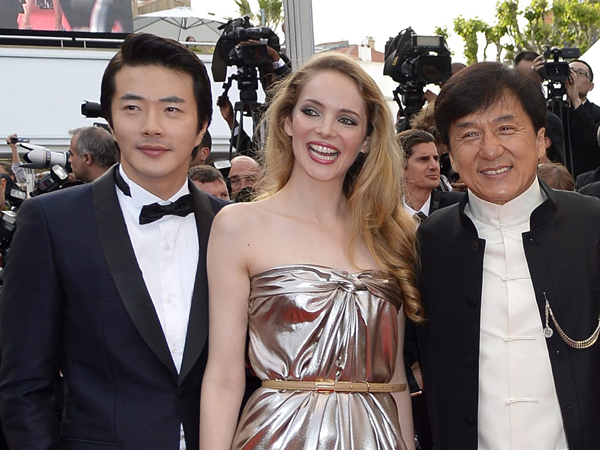 Cannes, FRANCE - Jackie Chan is landing his last punch as an action star, but says he is stepping into retirement having made one of the most important films of his career.

The Hong Kong actor told the AP on Friday that his latest film, “Chinese Zodiac,” will be his last action movie.

Chan, launching the movie at the Cannes Film Festival with co-stars Kwon Sang-woo, Yao Xingtong and Liao Fan, said that people don’t believe him when he says he is going to retire.

The 58-year-old says he is bowing out with “Chinese Zodiac” - in which he plays a fortune hunter, traveling the world trying to track down missing astrological antiques - because it is one of the “most important” films in his career.

“For the last 10 years, I’ve been choosing the director to direct me. This one, I direct myself,” he said. “I hope this movie, 20 years later, people still remember it. For me, for the audience, for my future, for my history - it’s very important.’’

Chan says “Chinese Zodiac’’ and the many films before it have taken their toll on his body.

Not that he plans on putting his feet up, though. Chan shrugs off suggestions of taking up gardening, cooking or bowling in his spare time. He wants to work on his acting muscles instead.

“When I look at Hollywood, at Robert De Niro, he can do anything - comedy, drama,’’ he says.