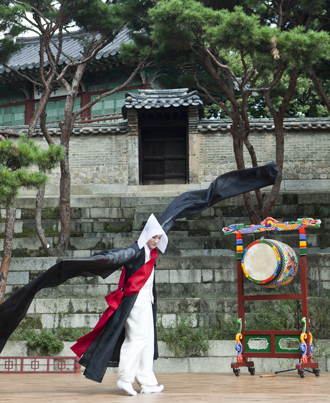 A Buddhist dance near the Nakseonjae complex of Changdeok Palace

It’s an old saying among architects that buildings come alive only once people live in them. While the ancient palaces in Seoul have been vacant for centuries, cultural initiatives have brought these historic sites back from the dead.

The capital’s palaces have welcomed visitors with open arms, perhaps going further than ever before to draw people in and raise awareness of Korean cultural heritage.

Lectures, concerts, musicals, fashion shows, media art exhibits and even tightrope walking performances have been held recently at Seoul’s palaces. They have remained open at night, allowing people to wander around the grounds holding just a cheongsachorong, a red-and-blue traditional Korean lantern.

Continuing with this people-friendly trend, three palaces in Seoul - Gyeongbok, Changdeok and Deoksu - and the Jongmyo Shrine will all hold a series of concerts until June 30, the Korean Traditional Performing Arts Foundation announced. The foundation operates under the Ministry of Culture, Sports and Tourism. 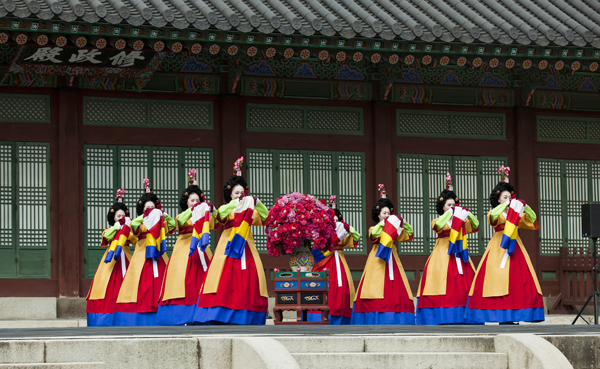 A court dance at Sujeongjeon of Gyeongbok Palace


“The palace has been trying to be more open than in the past in recent years,” said Kim Sung-min, the assistant manager of the foundation’s management division who oversees the planning of the performances at palaces.

“And we’ve planned different performances for each venue, endowing them with individual themes and characteristics.”

The series kicked off over the weekend at Gyeongbok Palace, which served as the primary palace for the king for most of the Joseon Dynasty (1392-1910). At the performances, a fusion gugak group reproduced the music composed by King Sejong (1397-1450) - most notably the court song “Yeominrak.” Gugak refers to traditional Korean music with groups usually comprised of string, wind and percussion instruments.

If you missed them this time, you can try to catch the same performances in the fall, as officials plan to hold the events again in mid-September. 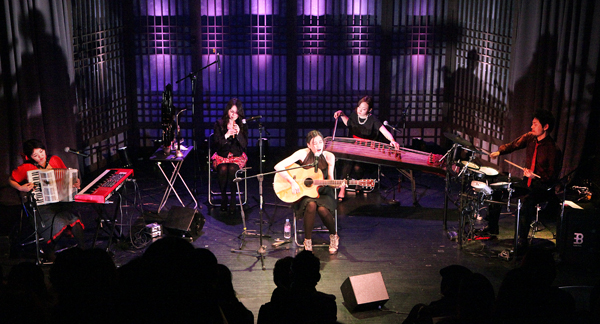 
At Changdeok Palace, which was frequented by royal families of the Joseon era and is a Unesco cultural heritage site, the theme of the upcoming performances is healing and relaxation for people tired of daily grind of the modern lifestyle.

Against the backdrop of elegant pine trees near the Nakseonjae complex, critically acclaimed traditional dancers, singers and musicians will take part in a series of shows. The area is thought to be one of the most scenic spots of Changdeok Palace.

Nakseonjae, located in the isolated southeastern corner of Changdeok Palace, is also a storied structure of the palace, as King Heonjong (1827-49) built the complex in 1848 for his beloved wife and some of the last descendents of the royal families lived there.

If you are a fan of children’s stories like “The Little Prince” by the French writer Antoine de Saint-Exupery or “The Giving Tree” by Shel Silverstein, perhaps performances at Deoksu Palace will better suit your taste.

Emerging fusion gugak bands will perform at night at Hamnyeongjeon - which used to be king’s bedroom - against the backdrop of animated scenes from children’s stories, a site sure to induce nostalgia among adults and incite the imagination for children.

The Jongmyo Shrine is a cultural heritage site recognized by the Korean government and as well as Unesco.

“Cultural heritage sites shouldn’t be stuck in time in just one form, but should evolve with time,” Kim of the Korean Traditional Performing Arts Foundation said.