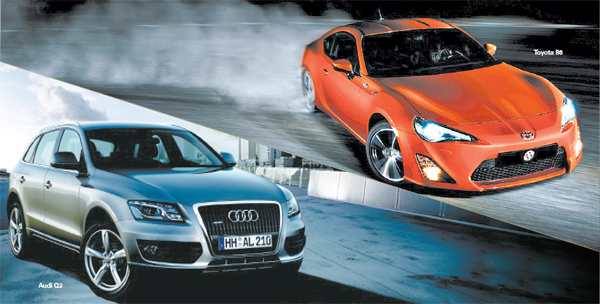 With imported car sales growing in the Busan and South Gyeongsang region, the Busan International Motor Show is drawing much interest from automakers and car enthusiasts.

The sixth motor show of its kind in the southern coastal city - it rotates with Seoul each year - will open to the press on Thursday and to the public on Friday. Five local automakers and 14 foreign brands will show off a total of 170 vehicles at Bexco, which is hosting the event.

Busan, together with South Gyeongsang Province, has become an important region for importers as foreign car sales have shot up there recently, making it the hottest spot in the country in terms of sales after Seoul and Gyeonggi.

“The biggest battle ground for foreign brands outside of southern Seoul is Busan and South Gyeongsang Province,” said Yoon Dae-sung, executive managing director of the Korea Automobile Importers and Distributors Association. “It is the fastest-growing market in the country.”

“Busan is among only a few international motor shows that are organized by the city, not by dealers,” he said.

The country’s second-biggest motor show - when Seoul hosts, it outranks it significantly - had difficulty attracting participants in 2010 because of the global economic slump. Only two foreign brands and five local passenger car makers showed up last time.

But change is on the cards this month as many high-profile SUVs and crossover utility vehicles from both importers and domestic automakers are set to debut.

Ssangyong Motor will unveil its RextonW to replace the automaker’s existing SUV, and a concept crossover utility vehicle called the XIV-2. Ssangyong has described the former as a world premier, even though it is not a full model change.

Nissan’s luxury brand Infiniti will unveil JX, a seven-seater CUV, in Busan for the first time in Asia. The new model has a double-arched front grille and a crescent moon-shaped d-pillar. The second- and third-row seats can be folded to create more storage space.

Meanwhile, Mercedes-Benz will show off its new M-Class SUV for the first time in Korea, as well as displaying seven other models. Over 1.2 million units of the M-Class have been sold worldwide since its debut in 1997. The third-generation model was first shown at the Frankfurt Motor Show last year. It is characterized by a masculine look with larger headlamps and a muscular body. According to Mercedes-Benz Korea, the new M-Class is 25 percent more fuel efficient than its predecessor.

Audi will display its Q3, the smallest SUV from the brand that was unveiled yesterday. With a two-liter TDI engine, the compact SUV can generate 177 horsepower and reach 100 kilometers (62 miles) per hour in 8.2 seconds. It can also travel 14.1 kilometers on a liter of diesel.

Audi will show off four other models including its R8 GT Spyder, a high-performance convertible sports car.


BMW will exhibit the highest number of vehicles among foreign brands. It will show off 17 vehicles with five premiers in Korea - the 525d Touring M Sport, X6 M, 640i Gran Coupe, M5 and Active Hybrid5.

Volkswagen will hold an evening gala on Wednesday for the first time, an event usually held at more prestigious motor shows overseas. The German brand will reveal the new Passat, a U.S. version of the midsize sedan, along with its subcompact Polo and another new vehicle that has not yet been revealed. 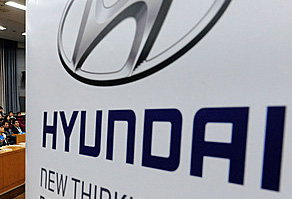 Ford will also display nine models including its new Fusion midsize sedan, the new Escape SUV, the new Mustang sports car and the 2013 version of the Taurus full-size sedan.

The new Fusion will be available with four different engine types: two-liter, 1.6-liter, EcoBoost and hybrid. The hybrid promises to deliver 20 kilometers for every liter of gasoline within the city, or 18.7 kilometers on the freeway.

Toyota Korea will release Toyota 86, a rear-wheel drive sports car, for the first time in the country. It is characterized by its light weight and low center of gravity.

Super luxury car brands such as Bentley and Maserati will also participate in the show.

Hyundai Motor, Korea’s leading automaker, will unveil its Avante coupe and concept cars. Kia Motors will release its GT concept, Nemo and Trackster, which have generated much buzz at other international motor shows due to their futuristic designs.

Busan-based Renault Samsung Motors will showcase its SM3 Z.E., an electric car, along with existing models.

The Busan motor show expects to see over one million visitors and anticipates making a profit this year.

Commercial vehicles will also be shown during the show. Daewoo Bus will display four large buses including a world premier. Hyundai will also show six buses.

The motor show will continue through June 3. Tickets are priced at 6,000 won ($5.1) for individuals and 5,000 won for groups. For more information, visit http://www.bimos.co.kr.