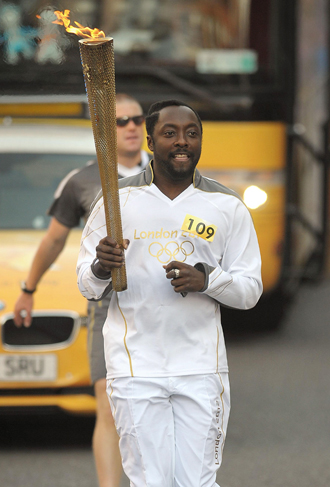 London - Black Eyed Peas star will.i.am has carried the Olympic flame in Britain, trotting through the western English city of Taunton to the cheers of thousands.

The 37-year-old star was a surprise addition to the torch relay on Monday and performed a short moonwalk as the crowd roared. He said he was thinking about “Me and Michael,’’ a reference to the late Michael Jackson, who made the dance move famous.

The star, whose real name is William Adams, said he’s known for about a year that he’d carry the torch but was told not to tweet about it. But when it all started, he held his phone in the air, asking residents to follow him on Twitter.