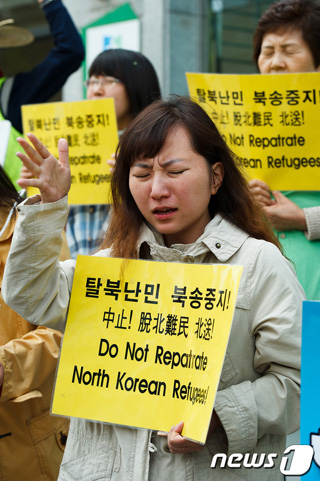 A group of South Korean civic activists and politicians pressed China yesterday to release four South Koreans it has detained over 50 days for undisclosed reasons, warning the issue could cause China to receive international criticism.

The group, calling itself Committee for the Release of North Koreans’ Human Rights Activist Kim Young-hwan, announced the onset of its activity at a press conference in central Seoul yesterday to help release the four activists, who were arrested on March 29 in Liaoning Province, in northeastern China.

Beijing is yet to inform Seoul of the specific grounds of the arrest and detention, although it is reportedly related to the charge of “threat to the national security” of China.

Local observers say it is related to work to help North Korean defectors, with some speculating it was an attempt of subversion by the North Korean regime.

Kim, one of the four activists, was once a main disseminator of North Korea’s ruling Juche (self-reliance) ideology in the South in the 1980s and ‘90s, but since then he has campaigned against the North’s authoritarian rule.

“Foreigners are incarcerated without a clear charge, and access to attorney or counsel is denied; this is a violation of international law,” the committee said. “The Chinese government must investigate involvement of North Korean intelligence agencies in the arrest, and punish those who are responsible for illegal cooperation with them.”