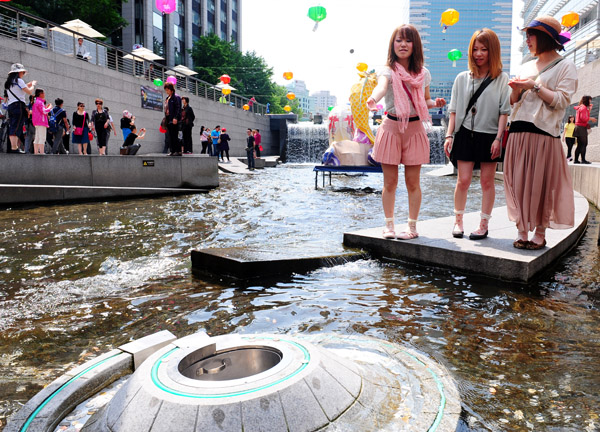 Japanese tourists yesterday toss coins into the Palseokdam “Coins of Luck” pond under the Cheonggye Plaza Waterfall of Cheonggyecheon, the artificial stream that runs through central Seoul. Some 1.2 million coins, worth almost 100 million won ($85,000) in total, have been collected from the stream, said the Seoul Metropolitan Facilities Management yesterday, since the pond was installed in 2005. About 31,000 coins from 62 countries were found. The money collected from the stream was donated to the Community Chest of Korea, a non-governmental welfare charity, and the United Nations Children’s Fund, or Unicef. [NEWSIS]