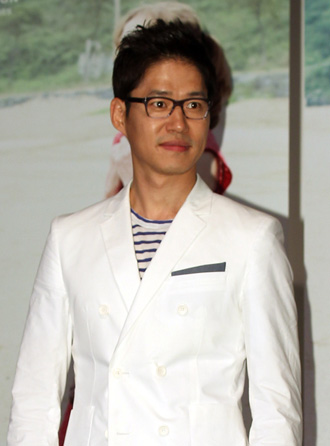 Yu Jun-sang, best known for his role on the current hit KBS drama “My Husband Got a Family” has published a book containing best bits from his personal diaries, dating back some 20 years.

The memoir, entitled “The Invention of Happiness,” contains poems and sketches made by the actor in his everyday life.
Yu said he began journaling back in university when his professor recommended that he try filling up at least one journal each year with personal reflections.

Yun picked the highlights from his 20 years of journaling life. The book is said to contain times from his days as a college student, moments on the set of several productions and his personal life while on vacation.

Yun has long been heralded as something of a jack-of-all-trades who can sing, write, play musical instruments and act.
His co-star from the film “In Another Country” (2012) French actress Isabelle Huppert had previously commended him for being “kind and charismatic.”