On TV, UPP rep gets vague on North

On TV, UPP rep gets vague on North 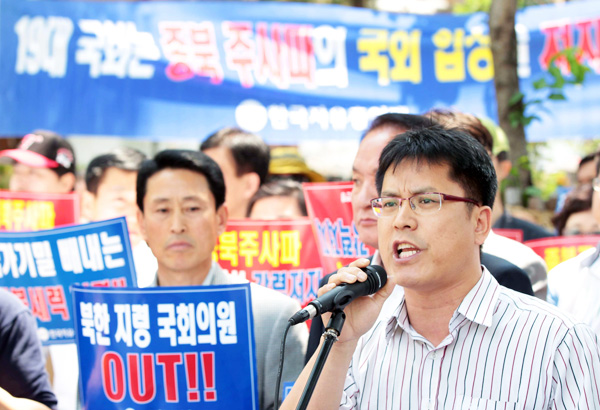 A representative-elect of the Unified Progressive Party, which is imploding in a battle between its two main factions, ducked a question on North Korea in a televised debate. 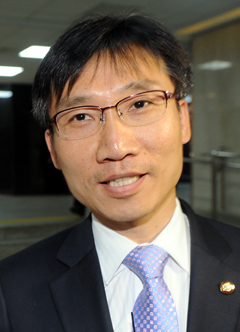 Lee Sang-kyu, a UPP member who was elected from Gwanak B District of western Seoul in the April 11 general election, appeared on the MBC debate program “100 Minutes’ Debate” Tuesday night. Lee is a member of the party’s main faction, the so-called Gyeonggi Dongbu Alliance, which is dominated by pro-North Korea former student activists who support the Juche ideology of the North.

The two factions are battling for control of the party - both have appointed leadership councils - and battling over whether proportional representatives to the National Assembly selected in a primary should forfeit their positions. The smaller faction says the primary was rigged, an allegation which the larger faction denies.

t the end of the debate with two other politicians and a political commentator, a woman in the audience was given a chance to ask a question. She was identified as Hong Ji-yeong and said she was an office worker.

“Many people have questions on the allegations about the UPP’s largest faction’s pro-North position,” Hong said. “Tell us your exact position on North Korea’s human rights, the third-generation dynastic succession and its nuclear weapons program.”

“It’s really a shame that a ‘color debate’ [anti-communist attack] is re-emerging and the term ‘pro-North’ lingers on, which was started during the military dictatorships when the two Koreas confronted each other,” Lee said. “It’s suffocating the freedom of thought and ideology and I think this kind of question and logic has a lot of problems.

“When I visited Pyongyang, I felt the city was gray-colored,” he continued. “As a liberal activist, I was really shocked. We need to see North Korea as it is, based on brotherhood and as a partner for unification.”

The questioner wasn’t satisfied and demanded a more specific answer. “Lee is evading the question,” she said.

Chin Jung-kwon, a political commentator who participated in the debate, also urged Lee to answer the question.

“The question on these three issues gets simplified into whether it’s right to develop inter-Korean relations peacefully or worsen them,” Lee said. “The question itself is wrong.”

Lee Seok-gi, the de facto leader of the Gyeonggi Dongbu Alliance, was elected a proportional candidate in the controversial primary in March. He recently said on a TV talk show, “The problem is not pro-North ideology, but pro-U.S.”