After condemning the four candidates of the Unified Progressive Party who were elected in an allegedly rigged primary but are still holding onto their positions, the ruling Saenuri Party said they refuse to let them into the legislature.

The Saenuri members say they will use all measures at their disposal to keep them out of the National Assembly. 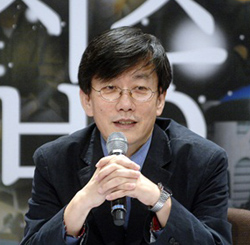 “We see there was vote rigging in the UPP’s proportional primary and that is just like giving a false application when applying to school,” said Shim Jae-cheol, the ruling party’s supreme council member, at a meeting with other councilors. “Especially, we hear controversies over two lawmakers-elect Lee Seok-gi and Kim Jae-yeon, and public concerns are high about the pro-North lawmakers’ entrance into the National Assembly.”

“Although we guarantee the freedom of thought regardless of whether they are conservative or liberal, those who refuse South Korea’s political system, especially the pro-North people, are giving wrong answers to questions on their thoughts about North Korea,” he said.

Currently, there’s no legislative way to expel a lawmaker-elect from the parliament, whether he or she is a proportional or geographic representative. Even if a party that a lawmaker belongs to expels him or her from the party, the lawmaker can keep a parliamentary seat as an independent.

The ruling party’s concerns about the UPP’s lawmakers-elect escalated after Representative-elect Lee Sang-kyu, a UPP member who won in Gwanak B District in southern Seoul, dodged a question on North Korea in a televised debate, saying the question is “suffocating the freedom of thought and ideology” on the basis of anti-communist sentiment.

After public uproar over his vague position, Lee said yesterday he still thought the question was “violent.”

“I had my own position on North Korea, but I thought I shouldn’t answer the violent judgment of my thoughts that came from a binary view,” Lee said in an interview with Media Today on Wednesday night.