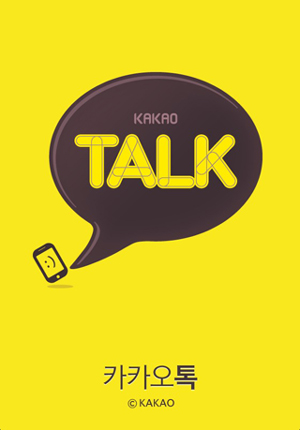 Mobile messenger service KakaoTalk has launched a free phone call service that will be available worldwide - with the exception of Korea.

Through an English notice on Thursday, it said that all international users will be able to make free calls with its new VoiceTalk feature regardless of where they live. The feature has been available on a trial basis in Japan since February.

Unlike other free call services such as Viber - which requires Wi-Fi - VoiceTalk works on a push-notification system rather than regular dialling. This means that people who have switched off their push notification feature will not be able to - or can craftily avoid - receiving calls. VoiceTalk works with both Wi-fi and 3G connections.

Calls between users in Korea aren’t possible as Kakao has yet to receive approval from the nation’s mobile carriers for the free call service. Korean users can accept calls from their overseas counterparts.

The country’s most popular mobile messenger currently has more than 46 million worldwide, including 35 million domestic users.

As more people start taking advantage of the free service, some are concerned it will undermine mobile service providers’ profits. “We don’t know when we will launch VoiceTalk for Korean users,” said a KakaoTalk spokeswoman. “We’ll wait and see, but obviously the three carriers won’t be happy about it.”

The free call service has distinguished itself with a fun feature called “voice filter engine” that enables users to disguise their voices so they sound like aliens or devils.
By Seo Ji-eun [spring@joongang.co.kr]