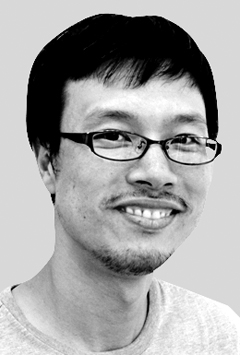 TOKYO - A Korean photographer living in Japan is fighting to display an exhibit with photos of “comfort women,” a euphemistic reference to Korean women forced into sexual slavery by the Japanese military.

“Even if the exhibition is cancelled, I will hold an exhibition on the streets of Tokyo,” said Ahn Se-hong, 41, who is based in Nagoya.

Ahn initially intended to display 38 photos of comfort women at Nikon Salon in Shinjuku, Tokyo, from June 26 through July 9. The photos to be shown were taken by Ahn during his seven trips to China between 2001 and 2005. There, he took photos of ethnic Korean women who were sex slaves during World War II, when Korea was a Japanese colony.

Five judges in the exhibition organizer’s selection committee acknowledged the quality of his photos in December 2011 and decided to put them on display.

However, an employee of Nikon Salon run by Nikon, a Japanese camera producer, called Ahn on Tuesday and told him that the exhibition was cancelled. The employee did not say why.

The Nikon Salon employee said he would come to Nagoya and make an apology, but Ahn responded that he did not have to come to Nagoya for the sake of an apology and rather demanded that the exhibition be held as scheduled.

Japan’s right wing is suspected of pressuring Nikon to suddenly cancel the exhibition. As the exhibition date nears, messages that criticized the event were posted on the Internet. “It is a treason that distorts our history,” one wrote. “[The exhibition] should not speak for the unilateral statement of foreigners.”

“It is true that there were some protests from [the right wing] in relation to the exhibition, but the decision to cancel the exhibition was made after considering a number of factors,” Nikon said.

In a phone interview with the JoongAng Ilbo, Ahn said, “I will not accept the cancellation unless Nikon comes up with legitimate reasons.”

Asahi Shimbun also reported on the controversy and the Japanese media showed some interest in the issue. The Japanese government has kept silent about demands made by the Korean government and former comfort women to openly address the long-standing grievances.
By Seo Seung-wook[jbiz91@joongang.co.kr]