Riding the Hallyu for K-Literature

Riding the Hallyu for K-Literature 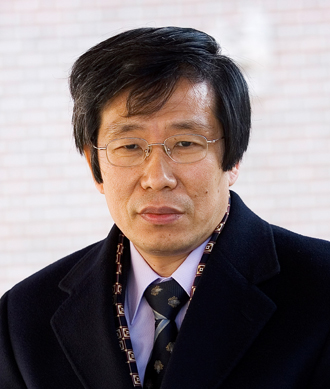 Kim Seong-kon, chief executive officer of the Literature Translation Institute of Korea, said now is the time for Korean literature to reach out to foreign readers.

“Through the medium of Korean dramas, movies and K-pop, a lot of foreigners are paying attention to Korea, and for such reasons, now is the best moment for ‘K-literature’ to go beyond its territory and widen readership,” Kim said during a press conference last Tuesday, which marked his 100th day in office.

Even before his inauguration as chief executive officer of the institute, he had been working on promoting Korean literature abroad all along as the head of the Seoul National University Language Research Institute in 2001 and president of The American Studies Association of Korea in 2007.

According to Kim, K-literature will help foreigners understand Korean culture more deeply. He did express doubts as to whether Korean literature that solely focuses on Korean culture will attract Western readers at all.

“In general, young Western readers do not try to understand Asian literature, which is only focused on Asian values and culture,” Kim said.

Citing Korean novelist Kim Young-ha, whose book “Your Republic is Calling You” (2010) ranked as one of the world’s top 100 mysteries on Amazon.com, Kim Seong-kon noted that young Western readers tend to prefer books that dwell on a hybrid of cultures.

“Kim Young-ha went beyond Korean culture and dealt with a universal problem, which is how Kim attracted Western readers,” Kim Seong-kon said.

Along with Kim Young-ha, Korean author Shin Kyung-sook’s book “Please Look After Mom” (2008), which was translated into English this April, also received positive reviews and ranked among the Editors Best 10 on Amazon.com.

With Korean authors slowly making their way into the United States market, many hope there will be a more systematic institution that provides such opportunities to other authors in Korea.

By the end of the year, the institute is planning to select 15 Korean authors whose works will be exclusively promoted in the United States for the purpose of widening the scope of Korean literature.

“In order to have a fair mix of authors, the institute is considering selecting the well-known, pure literature of young and middle-aged authors,” Kim said.

Other than this major project, the institute is also paying attention in other areas. To name a few, the institute is planning to provide Korean authors’ profiles and information about their books on Wikipedia, increase the e-book representation of translated Korean books, and support the program of translation.