Bajofondo to do the tango, with some electro-rock

Bajofondo to do the tango, with some electro-rock 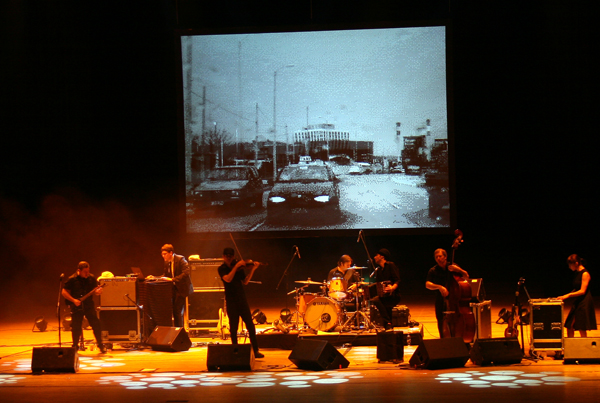 Bajofondo, an electro-rock tango band comprised of eight members, will be holding its second concert in Seoul at 7 p.m. on Saturday in the 100th Memorial Hall of Yonsei University. Provided by the organizer


For most Koreans, electro-rock tango is an unfamiliar genre of music. Yet when played tracks by a South American band Bajofondo, most will be familiar with the tunes that have been used as background music for many television advertisements, including some for SsangYong Motor and SK Energy.

The group, comprised of eight musicians from Argentina and Uruguay, is led by two-time Academy Award winner for best original score, Gustavo Santaolalla. It will make its way to Seoul for the third time on Saturday as part of its world tour to “awaken your instincts,” with their fast-paced and passionate electro-rock tango.

According to the organizer, Bajofondo’s tango music is not limited to the traditional tango but can be described as “fusion tango,” generating tunes that reflect house, rock and hip-hop sounds.

“Breakdancing fits perfectly with the fast beat of Bajofondo’s music and even the group’s slow music has an appropriate tempo and beat for listeners to groove to,” said Lee Sang-jean, vice president of the Stagefactory, the organizer.

According to the organizer, Bajofondo was lesser known among Koreans but has gained recognition among tango manias who came to the group’s first concert in 2010.

“Everyone who was at the concert in 2010 went wild and even those not in the standing section stood up and danced together with the group,” Lee said.

The group formerly went by the name Bajofondo Tango Club, but the group shortened the title when they felt their music transitioned from mere electro-tango into a more-broadened music style.

“The sound of the bandoneon (concertina) and violin based on tango together with DJs will be hotter than any rock concert,” Lee said.

To make this year’s concert wilder, the organizer said it has planned an event of paying for the cab fare for everyone who turns up at the concert wearing net stockings. A maximum of 10,000 won ($8.45) will be paid upon showing a receipt.