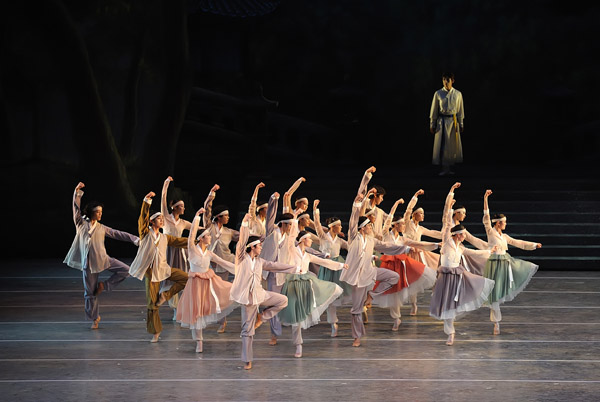 The Gwangju City Ballet will present “Seongung Yi Sun-shin,” which recounts the triumphant efforts of Admiral Yi Sun-shin, as part of the 2nd Ballet Festival Korea, at 3 p.m. on June 24 at the Opera House of the Seoul Arts Center. Provided by the organizer


When the Korea National Ballet presented “Romeo and Juliet,” choreographed by Jean-Christophe Maillot in October of last year, an average of 98 percent of the seats were occupied for all four days of the performance, which to this day remains the highest attendance rate for a modern ballet by the national company.

Reminiscing on the glory days, the Korea National Ballet (KNB) will open the 2nd Ballet Festival Korea with its “Romeo and Juliet” on June 15. 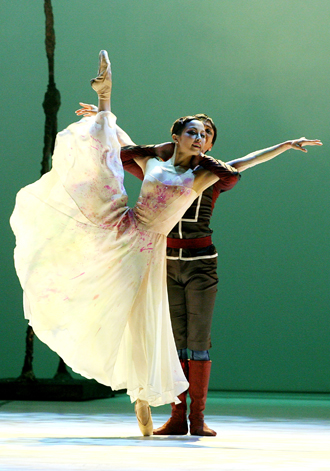 The performance last year was accompanied by the Seoul Philharmonic Orchestra under the baton of maestro Chung Myung-whun. While the upcoming “Romeo and Juliet” will be accompanied by recorded music, the KNB said it is determined to ensure it is “as fascinating as last year.”

Choi Tae-ji, the artistic director of the KNB, said that her ballet company is “more than grateful to present ‘Romeo and Juliet’ again to the Korean audience, who highly praised the performance last year.”

She added that the festival “means a lot to the Korea National Ballet, especially this year, as many ballet companies, both well known and less known, are collaborating to put together the festival.”

In an effort to expand the number of balletgoers in Korea and to actively support the production of created performances by ballet companies, the organizing committee for the Ballet Festival Korea was established last year and kicked off the country’s very first ballet festival in June of last year.

Four major companies - the Korea National Ballet Company, Seoul Ballet Theater, Gwangju City Ballet and Universal Ballet Company - held performances at the Opera House of the Seoul Arts Center while eight choreographers who were selected through an audition showed off their works.

The festival came to an end after drawing in a total of 8,000 people to watch ballets, which has been considered one of the hardest cultural genres for ordinary Koreans to approach.

After last year’s success, the Ballet Festival Korea’s organizing committee said that this year’s festival will be bigger by having added more companies.

This year, a total of 10 ballet companies will present their works on the stage during the festival. Excluding the opening performance of “Romeo and Juliet” by the KNB and the finale gala show from major ballet companies, the rest are lesser known teams including Collective A, the Moon Young Chul Ballet Poema, the Hwang Gyu Ja Contemporary Ballet, the Seo Ballet Company, the Lee Ballet Company and the Kim Yong Gul Dance Theater.

“Those ballet troupes are very skilled and have competitiveness, but they are famous only inside the ballet circles and unfamiliar to ordinary Koreans,” said Choi of the KNB.

“I believe the annual ballet festival will be a great opportunity to promote less familiar ballet troupes.”

For the finale, highlights of the past performances by major ballet companies such as the Korea National Ballet Company’s “Spartacus,” Seoul Ballet Theater’s “Black & White” and the Universal Ballet Company’s “Onegin,” will be presented as a gala show.

Two choreographers will each stage their works per day during the festival. Choi Jin-su’s “Invitation to Shadow” will start off the choreographers’ performances on the first day of the festival followed by Shin Moo-seob’s “Carmen.”

The choreographers will also hold a question-and-answer session after their performances with the audience.

This year’s ballet festival will also include more activities in addition to the performances. A photo exhibition will be exhibited throughout the festival in the lobby on the first floor of the Opera House from June 15 to 24.