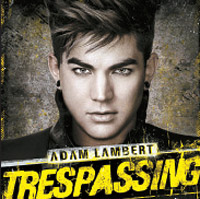 On his debut album three years ago, Adam Lambert was fresh off a runner-up in “American Idol” and eager to show off his amazing vocal range. The result was an all-things-to-everyone album ranging from classic rock crunch to hip-hop heat, with an over-the-top ballad or two thrown in.

On “Trespassing,” his second studio album, Lambert narrows the focus to profitable dance pop, though the hyper-emotional ballads still force their way in. The result is a more consistent but less gratifying sophomore offering.

It kicks off with a roar on the title track, co-written with Pharrell Williams of the Neptunes. “Trespassing” employs a drill team stomp-and-clap intro backing up chanting lyrics, propelled by a booming bass line and drum beat reminiscent of Queen’s “Another One Bites the Dust.” That’s entirely appropriate as Lambert may or may not still wind up succeeding Freddy Mercury in the 1970s and ’80s supergroup.

“Cuckoo” leans heavily on synthesizer and a pounding beat and seems destined to become a dance club favorite this summer, along with “Kickin’ In,” a Prince soundalike that deals with the feeling of getting drunk. 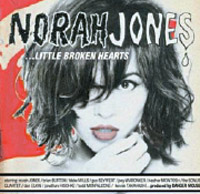 Norah Jones is rich and beautiful and has one of the most gorgeous voices in popular music. None of that makes her immune to a broken heart.

Sad for her, good for us. Jones channeled her hurt into a collaboration with Brian “Danger Mouse” Burton with 12 reflections on love gone wrong.

It’s no pick-me-up, obviously. But Jones does more than wallow. She’s angry, defiant, wounded, all-too-willing to slip back into a bad thing and even entertains a murder fantasy.

In the catchy “She’s 22,” Jones imagines her ex’s life with a new lover, ending with “I’d like to see you happy.” Falser words were never spoken. On “Out On the Road,” she steps out with determination and a half tank of gas, only to hear a ghostly voice remind her that she’s got “nowhere to go.” Jones, sweet little Norah, tells the subject in “Miriam” that “I’m gonna smile when I take your life.” Burton proves an excellent collaborator, the music sometimes spooky and bass-heavy but also surprisingly sunny in spots. If she’s not pushed or energized, Jones’ music can bore. There are enough good musical ideas here to keep the mind from wandering. 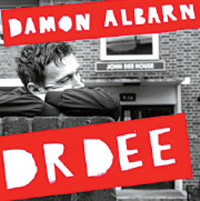 Eclectic is Damon Albarn’s middle name. From Brit pop with Blur to the Chinese opera “Monkey: Journey to the West” and the Gorillaz in between, his musical journey has gone in pretty much every direction.

His latest offering is different again; Albarn refers to the album as “strange pastoral folk.” “Dr Dee” is from an opera, which premiered last year during the Manchester International Festival in the United Kingdom. It tells the story of John Dee, Queen Elizabeth I’s medical and scientific advisor, whose career ended in sexual scandal and disgrace. Albarn created the stage production of “Dr Dee” alongside theater director Rufus Norris.

The album opens with an instrumental track called “The Golden Dawn,” which employs birds singing and the chiming of a clock, with an organ being ominously introduced midway through. “Apple Carts” sees the welcome introduction of Albarn’s vocals and is strangely beautiful, his dulcet tones paired with a flute and lyrics that reference nature. This melts into “O Spirit, Animate Us,” where Albarn’s lyricism turns almost biblical.