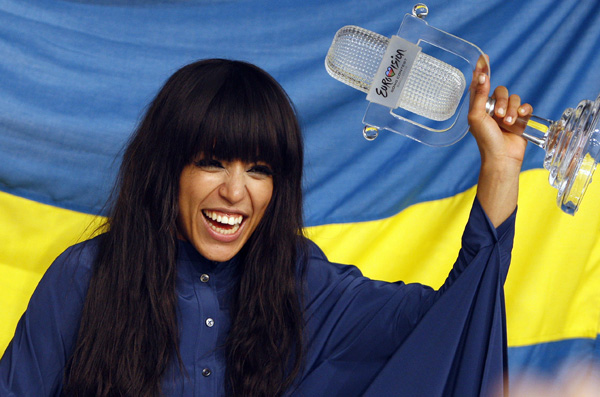 Opposition groups have used the Eurovision spotlight, intended by Azerbaijan to promote the country as a destination for tourism and business, to demand democracy and the resignation of the government.

Dozens of peaceful protesters have been arrested this month in the Caspian coastal capital, Baku. Activists say some buildings in the center of the city were torn down to make way for the Eurovision arena and residents were forcibly evicted without proper compensation.

The 28-year-old won with the song “Euphoria” in the annual competition of 42 countries, delighting viewers and the contest’s professional judges and dancing barefoot as she sang.

Russia came second and Serbia was third in the 57th year of a contest famous for heavy-duty kitsch.

The competition took place in a specially-built Crystal Hall on the shores of the Caspian.

Loreen met activists who accuse the government of forcing people from their homes for the building of the hall, an accusation Baku denies. Azeri authorities accused her of making political statements that did not belong in a musical event.