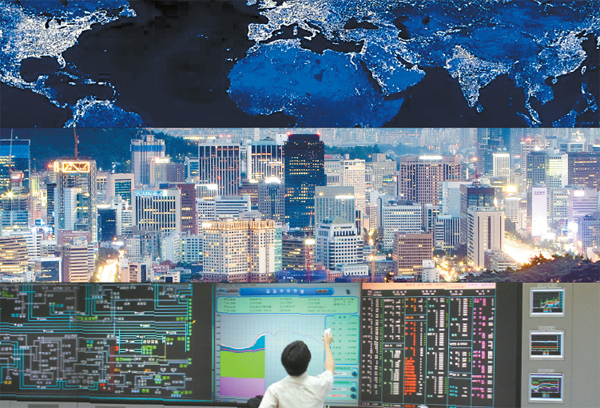 Seoul Mayor Park Won-soon might be working in shorts and sandals any day now.

As of last week, the mayor is allowing government officials to wear shorts and sandals to work during the summer season.

The move comes as part of city government efforts to use less electricity. To effectively cut electricity use, the national government is now discussing if it is necessary to raise the price of electricity.

Analysts speculate that the hike is going to be around 5 percent and will be applied to both households and industries.

“Of course, the price increase will control electricity demand,” said Minister Hong Suk-woo of the Ministry of Knowledge Economy, during a press conference two weeks ago.

“Consumer price has been relatively stabilized and the finance ministry is also acknowledging the need for the electricity price hike,” said Hong. “But we still need to discuss further when will be the right moment to do so.”

After the power went out for hours last September and caused many problems, many people continue to worry if a power blackout will happen again.

When the weather gets extremely hot or cold, the electricity demand peaks.

Four nuclear and thermal power plants, including Gori No. 1, that normally generate 600,000 kilowatts of electricity per day are not operating due to safety issues.

The government said it will try to collect 400,000 more kilowatts of electricity from private companies’ power generators, but it might not be enough to match the demand as about 4.8 million kW more of electricity demand is anticipated this summer than last year.

“It is not possible to build other power generators in a short amount of time,” said director Choi Hyung-gi of the Knowledge Ministry’s electric power division. “So it is best to use less electricity to avoid a blackout.”

Indeed, the only choice left is to use less power. Prime Minister Kim Hwang-sik last week recommended that the indoor temperatures should stay above 26 degrees Celsius. Air conditioning takes up 21 percent of the total electricity demand, according to the government.

But Korea Electric Power Corporation (Kepco) believes individuals won’t voluntarily cut their electricity consumption unless there is a penalty for it.

“People simply don’t pay much attention to their electricity bill,” said assistant director Jung Young-ho of Kepco’s communications team. “We think the electricity price hike would alert them that the less they use, the less they pay.”

Minister of Finance Bahk Jae-wan also said last week at a press conference that it is “inevitable to raise the electricity bill because the oil and gas price hikes affect power generating costs.”

Although government officials are cautious about mentioning the possible date for the hike, it is expected that the decision could come as early as tomorrow after the hearing with the Korean Electricity Commission. Analyst Phil Seong of Woori Investment and Securities anticipates that the rise will be around 5 percent.

Is electricity too cheap?

The idea of the electricity price hike is strongly supported by Kepco, the nation’s largest electric utility company, which says the local electricity rate is too cheap. The company has been reporting losses that reached 8 trillion won ($7 billion) in December last year.

It also argued that currently the ratio of electricity rates to production costs remains at 87.4 percent. A ratio under 100 percent means the company is still incurring losses.

According to Kepco, electricity prices for individual households and for industrial companies here ranked the cheapest among OECD countries in 2010 - and although the price went up twice for the industrial sector and once for households last year, Kepco says Korea still charges little for electricity and it continues to see operating losses.

Despite the rates rising for the industrial sector by 6.1 percent in July and 6.5 percent in December, and for households only 2 percent in July, Kepco still saw almost 3 trillion won in operating losses last year. In April, it informed the Knowledge Ministry that a 13.1-percent rise was essential.

“Cheap electricity prices are like holding a bomb that could go off anytime,” said Jung of Kepco. “The continuing operating loss would hinder the power generating corporations from investing in new and renewable energy sources [which might trigger an energy shortage in the long run].”

Because electricity is so cheap, Kepco says the amount of individual electricity use is higher than the OECD average. The average Korean uses 9,510 kilowatts per year while the OECD average was 8,272 in 2010. However, as electricity price is closely related to consumer price, the government has tried to keep the cost of electricity low. A rise in price will directly inflate the price of manufacturing products.

“All types of industry use electricity,” said research fellow Park Gwang-su of Korea Energy Economics Institute. “So it would have been tough for the government to raise the electricity price in recent years, as the tumbling global economy continuously contributed to local consumer price inflation.”

Local business lobbies, including the Federation of Korean Industries (FKI), and the Korea Chamber of Commerce and Industry, distributed a release in mid-May that stated the industrial sectors were resistant to the increase. It also added that household rates would rise if the industrial rate were to go up.

However, it wanted Kepco to be clearer in their calculations for the ratio of electricity rates to production costs.

“We want to know how Kepco calculated the ratio of electricity rates to production costs so that we understand [the need for the increase],” said FKI. “It would also be more helpful to know the price rise plan [of the government] so that we can anticipate when it’s going to happen in the future [and be prepared].”

The electricity price hike, especially for the industrial sector, came to the surface last year as the public focus moved from nurturing big companies to shared growth and public welfare after the launch of the Commission on Shared Growth for Large and Small Companies in 2010.

Households that use a lot of electricity pay more per kilowatt. Usage rates at the highest, 6th level are priced 11.7 times more than the rates at the lowest level.

The trend to provide power at a low cost for businesses has persisted for about four decades. Kepco claims that businesses have benefited to the tune of 14.4 trillion won worth of cheap electricity since 2001 to last year.

Because the government has intentionally supplied electricity at a low price to the industrial sector since the 1970s to bolster larger exports from manufacturing companies, Korean businesses were able to keep their manufacturing price low to gain competitiveness in the global market.

“It might be more pleasant for businesses to think that they have enjoyed paying less for electricity until now than it would be to complain about the price rise,” said Minister Hong. “I’m sorry for the businesses [regarding the price rise], but I think in the long run this will help improve their competitiveness.”

On top of this, the government now has to convince foreign businesses that established their manufacturing facilities in Korea.

Although not the only reason, the low electricity price was one reason businesses decided to operate in Korea. The price hike will hurt the government plan to recruit more manufacturers to bolster the local employment rate and the overall economy.

“To foreign companies, Korea’s cheap electricity price has been an attractive factor so we’ll put forth our best efforts to give them what they expect,” said Finance Minister Bahk last week as he was visiting foreign companies in the industrial complex in Cheonan, South Chungcheong.

While businesses and the government try to minimize the aftershock of the rise, Kepco also proposed its own cost-cutting solution on Tuesday of last week.

It said it would cut around 1.1 trillion won in cost by more strictly managing its yearly budget. It also says that it would share its financial burden with the power generators as it would impose a penalty when it has to buy electricity at a higher price due to their operational problems.

Kepco sees that the costs cut through these efforts will be equivalent to around 2.3 percent of the hike.

However, it is difficult for Kepco to avoid criticism as to why it has yet to take such a measure to cut costs, according to officials in the industry.

The government is set to look into the pricing structure to see if there is a way to fix the chronic losses that Kepco has seen in the past years.

“After we raise the price this time, the government is going to research what would be the ideal pricing structure,” said Minister Hong. “Different from the price rise, it is important to review the current pricing structure [to properly charge users].”

When would you do your laundry?

It’s not just the Korean government and electricity companies that are currently fighting the price rise. In Taiwan, the local government there has announced that the electricity prices will go up in three stages.

It’s a relaxed version of its initial plan to go through a one-shot 30 percent hike for the industrial sector and 17 percent for the households. As the original plan was halted by fierce opposition from businesses and individuals, the government is now taking a more “moderate” measure to raise the bill.

“I think it works as a wake-up call to let people know that electricity can be very expensive,” said director Jung of Kepco. “People won’t care much if their 30,000 won electricity bill gets a 4-percent increase to a total of 31,200 won. It’s just too small.”

Japan is adopting an alternative price measure that charges for electricity use based on what time of day the electricity is being used, reported the Nihon Keizai Shimbun, a Tokyo-based, Japanese business newspaper, last week.

The electricity bill for peak time usage at households from 1 to 4 p.m. will be around six times more than the non-peak time between 11 p.m. and 7 a.m. Tokyo Electric Power and Kansai Electric Power will apply the new measures only to households who show interest in advance.

However, this measure cannot be adopted in Korea at the moment. A minimal number of households have an electricity meter that can check hourly usage.

“Meters are now in the process of being installed every year, but it still will take time for Korea to apply such a measure,” said Park of the KEEI.

At the same time, the neighboring country, whose electricity rate is already around triple that of Korea’s and twice the United States, is again pushing to increase the price.

It is mainly because Japan’s fuel costs have surged due to a loss of nuclear power generation capacity since last year, but it can work as a lesson for Korea’s electric corporation that the corporation itself should continue to improve its system without passing on the burden to electricity consumers.

“The economic decision gets tarnished and changed based on the government’s policies,” said Park. “To avoid this, it is necessary that decision making power for electricity should be handled by a third party.”

Seong of Woori Investment and Securities says that the election schedule is also affecting the rise of the electric bill. He said the move came right after the parliamentary election in April and the political arena is hurrying the process so it doesn’t come too close to the presidential election in November.

“When the demands for the products go up, the prices should accordingly go up according to the market theory,” he said.