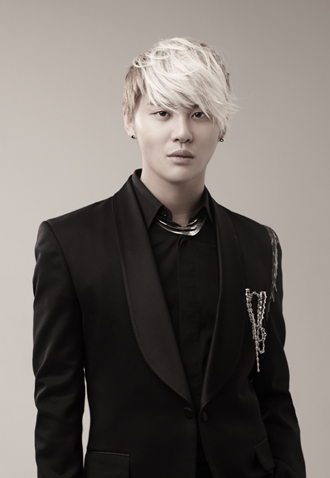 Kim Jun-su, known best as a member of the boy band JYJ, kicked off his Asia solo tour on Sunday in Bangkok. More than 1,000 fans gathered to greet him at the airport.

Ahead of his show, which took place at the Royal Paragon Hall, the Hallyu singer met with more than 100 journalists to talk about his show and tour.

“I’m thrilled to kick off my tour of Asia in Thailand. I want tonight’s show to set a precedent for other great shows to come,” the entertainer said.

He also said that as a solo artist he will try new things and break away from the cookie-cutter mold of K-pop to find his own identity.

“It’s a bit progressive and shocking,” Kim said of his title track “Tarantallegra.”

With his new direction, Kim said he hoped to become a trend setter rather than a mere follower in the K-pop industry.

When journalists asked which song he most looked forward to singing at his 4,000-seat sell-out show, he replied, “Lullaby.”