‘Men in Black’ blasts away competition in U.S. box office

‘Men in Black’ blasts away competition in U.S. box office 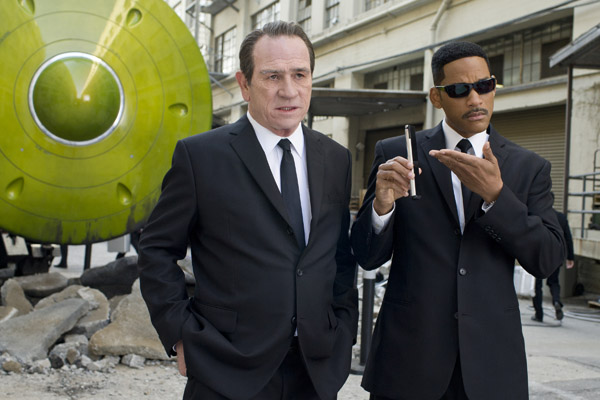 
The third installment in the successful “Men in Black” sci-fi adventure franchise blasted away competition to take the top spot at the North American box office, industry estimates showed Sunday.

The blockbuster stars Will Smith and Tommy Lee Jones reprising their roles as secret agents battling alien species living on Earth, this time joined by Josh Brolin when the adventures goes back in time to 1969.

“Men In Black 3” made $55 million in its first three days of release over the long Memorial Day holiday weekend, according to box office tracker Exhibitor Relations.

It took the number one rank away from record-breaking comic book superhero blockbuster “The Avengers,” which slipped to second in its third weekend with a $37 million take.

The film has become the highest-grossing movie in Walt Disney Studios’ history with global earnings so far of $1.29 billion, the fourth-highest total of all time.

“The Avengers” maintained its lead over the big-budget but critically panned “Battleship,” which dropped to the number three spot in its second weekend with $10.75 million in box office receipts.

In fourth was comedian Sacha Baron Cohen’s “The Dictator,” with $9.6 million in its second weekend.

The tale of a group of tourists taking an disastrous tour of the ghost town of Pripyat in Ukraine, abandoned after the 1980s nuclear disaster, made $8 million in its debut.

Next was Tim Burton’s “Dark Shadows” reboot starring Johnny Depp, in sixth place with $7.5 million, ahead of comedy “What to Expect When You’re Expecting” with $7.1 million.