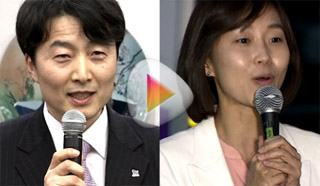 In order to expel the four remaining members who are adamant on keeping the spots they gained in the allegedly rigged proportional primary, the minor opposition Unified Progressive Party convened a meeting to start internal proceedings.

The party’s Central Steering Committee yesterday held the meeting as a first step to kick out the four candidates, including two lawmakers-elect who claim they can’t step down and deny the internal probe’s evidence suggesting that the election was manipulated.

Four lawmakers-elect are on the list for expulsion: Lee Seok-gi, known as the de facto leader of the party’s largest faction who received the largest votes in the proportional primary; Kim Jae-yeon, 31-year-old female lawmaker-elect who represents the younger generation; Hwang Seon, proportional candidate who may have traveled to North Korea to have a child; and Cho Yoon-sook, a disabled candidate who represents the rights of handicapped people.

Still, under the UPP’s internal procedures, it is expected to take a significant amount of time to forfeit their positions, up to 198 days.

First, the party’s Central Steering Committee will hold a second-round meeting today once again and make a final decision.

To pass a bill to expel the four candidates, the seven-member committee needs a majority yes vote, but only three have reportedly said they are determined to expel them. Others have opposed or postponed their decision.

Even if the committee decides in favor of expulsion, the matter will be passed on to the Seoul regional chapter, which the two lawmakers-elect used to belong to.

After discussions, the chapter will announce their decision at the end of August.

And then, until the second week of September, all party members will be able to file an objection to the party’s Central Steering Committee for two weeks. If anyone objects, the committee should convene a meeting again to review the objection.

Even if the objection is dismissed and the committee finally fixes the decision to expel them, they can only expel Hwang and Cho, who weren’t elected as lawmakers. They would need a vote to expel the two lawmakers-elect Lee and Kim.

The UPP has 13 lawmakers-elect in total who won in the April 11 legislative election and all of the 13 lawmakers should vote to determine whether or not to expel Lee and Kim.