Boyfriend ready to surface in Japan

Boyfriend ready to surface in Japan 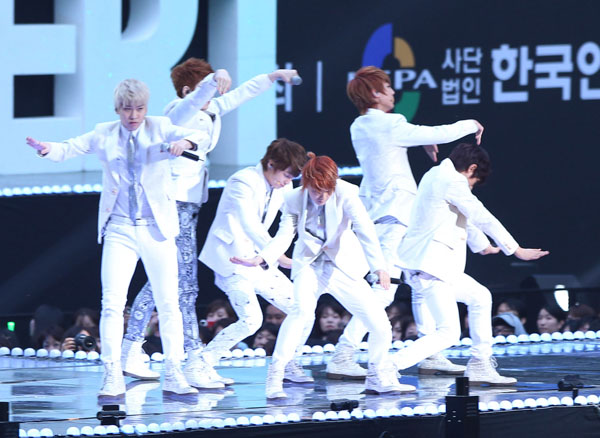 
Korean boy band Boyfriend held a press conference inside a submarine on May 28 in Tokyo to mark its official debut in Japan.
At the event attended by 250 members of the press, the boy band talked about plans for its new single as well as its showcase coming up in June.

When the press inquired the band on the meaning of its name, Dong-hyun replied, “It means that we want to be everyone’s ‘boyfriend.’”
Min-woo added that winning three awards as a newbie group last year was “a privilege” and that he was thankful.

With regards to the official Japanese single “Be My Shine,” to be released on Aug. 22, the band said that it was a “tune fit for summer.”
Referring to its premiere showcase “First Date with Boyfriend” to be held at the Budokan on June 30, the band said, “It’s an honor to perform there, and we will give it all that we’ve got.”
Ahead of its official debut in Japan, a special album entitled “We Are Boyfriend” will be released on June 6.

Meanwhile, the press conference will be made available online on four Web sites starting from 8 p.m. on May 29.