Defconn paid Yoo Jae-seok with a kebab for his feature

Defconn paid Yoo Jae-seok with a kebab for his feature 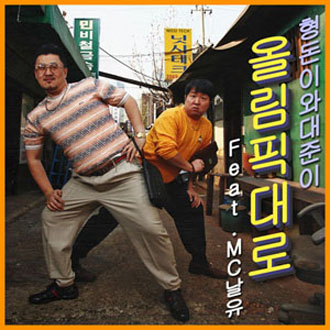 Hip-hop artist Defconn revealed on his Twitter on May 29 that all he had to do to get comedian Yoo Jae-seok to feature in his No. 1 song “Olympic Bridge” released on the day was to buy him a kebab worth 2,000 won ($1.7).

“Thanks to my bros who at the mention of featuring in the song dropped what they were coming to make their way to the studio in Itaewon. When I offered to treat them, Yoo Jae-seok said, ‘Just get me a kebab,’” tweeted the rapper.

The singer went on to thank other entertainers as well as the fans for their continuous support.
“Thank you, thank you,” said Defconn with regards to the single being the number one song after being released online on May 29.