Elvis Presley’s crypt, other rock, sports items to be auctioned off

Elvis Presley’s crypt, other rock, sports items to be auctioned off 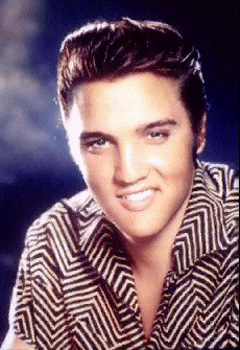 The crypt in which Elvis Presley’s body was first laid to rest before being moved to the grounds of his Graceland mansion is set to be auctioned off in June along with other memorabilia from rock music and sports stars.

But the original Elvis crypt is likely to gain a lot of attention. Elvis, among the best known rock ‘n’ rollers of all time, died in 1977 and following his funeral at Graceland, his body was temporarily entombed in the crypt of a private mausoleum at Forest Hill Cemetery in Memphis, Tennessee.

After about two months, both his body and that of his mother were moved to a permanent site in the meditation garden on the grounds of Graceland.

Beverly Hills-based Julien’s said the lot for sale includes the crypt, opening and closing of the vault for burial, memorial inscription and use of a small chapel for a memorial service.

The two-day sale on June 23 and 24 also includes a ripped t-shirt with “Hell” scrawled across it Keith Richards once wore while playing for the Stones.

A robe that Amy Winehouse used in her video for smash hit “Rehab” will be sold, as will memorabilia and clothing owned by David Bowie, John Lennon and Michael Jackson.

Sports items include a pair of shoes worn and signed by Michael Jordan, the hood of a race car signed by driving champion Tony Stewart and a Lance Armstrong skin suit worn in the 2003 Tour de France.