KARA dazzles the stars in Japan

KARA dazzles the stars in Japan 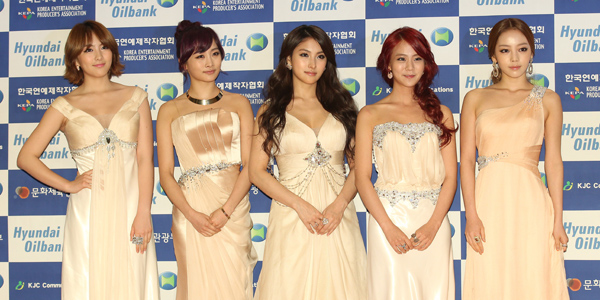 Girl group KARA performed for more than 150,000 fans on its first Japanese leg of the tour “KARASIA.”
Over May 26 to 27, the hallyu group wrapped-up its six-city tour of Japan, which kicked off in April in Yokohama.
Among the audience members, Japanese celebrities like AKB48, Mana Ashida, Thelma Aoyama and Emi Suzuki were present.

The final show at Saitama was a sell-out, much like all of the other performances to date.
In addition, the band’s final show was broadcasted live across some 60 theaters across the country. The tickets for the theater shows were also sold out, proving just what a force the girl group is in Japan.

The girl group is set to return to Korea for the time being to focus on separate individual projects for its members.
By Carla Sunwoo [carlasunwoo@joongang.co.kr]