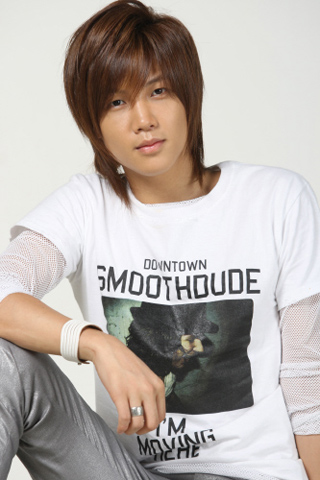 Oh Won-bin from boy band FT Island held his first solo album launching event entitled “Wherever” on Saturday at the Shinjuku Blaze in Tokyo.
At the promotional event scheduled to mark the release of his debut Japanese album “Time To” launched on May 21, the singer sang some of past hits from “Descended From the Sky” to tracks on his new album such as “Don’t Cry.”

“I’ve been busy the past year, especially with the musical ‘The Three Musketeers,’” said the boy band singer.
“Despite being away from Japan, I’ve been thinking about you all and have missed you so much.”

In regards to his new album, Oh said that it wouldn’t have been possible without the support of his Japanese fans.
“There were times of uncertainty when we were on break and were inactive. But because of your love and support, I believe that I was able to make it as a solo artist,” said Oh.

Meanwhile Oh’s band is also doing extremely well across the East Sea.
On May 16, FT Island released its second Japanese album, “20.” It sold more than 20,372 albums on the day of its release and rose to the third spot on Oricon’s daily chart.
By Carla Sunwoo [carlasunwoo@joongang.co.kr]