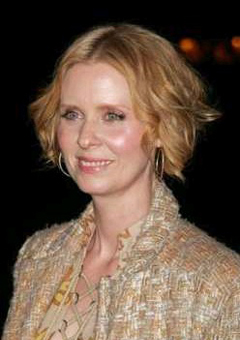 “On May 27, 2012, Cynthia Nixon and her girlfriend, Christine Marinoni, were legally married in the state of New York,” her spokeswoman said in a statement. No further details were released.

Nixon, who found fame playing Miranda Hobbes on the hit HBO television show “Sex and the City” about single women navigating life, love and careers in New York City, has more recently appeared on TV programs such as “The Big C.”

She and Marinoni have been together for around eight years, and they became engaged in 2009 at a rally supporting same-sex marriage in New York. They have one son together.