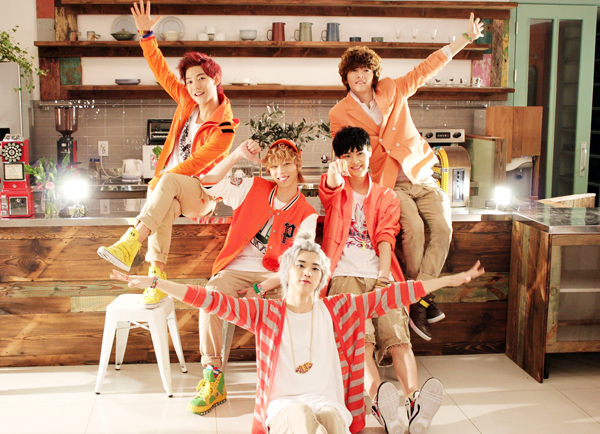 Boy band Touch held its first “Touch First Showcase in Japan” on May 26 at the Tomb in Shibuya, Tokyo.

At the meet-and-greet showcase, the boy band sang a collection of its hit songs from “Killin’ Me” and “Rockin’ the Club.”

There was also a “Hi-Touch” event at the end with fans given the chance to shake hands and pose with the band members.
The band will take a more active role in promoting itself in Japan from this point onwards.
By Carla Sunwoo [carlasunwoo@joongang.co.kr]