Skinniest in the OECD doesn’t carry much weight

Skinniest in the OECD doesn’t carry much weight

A 29-year-old employee of a PR firm in Seoul surnamed Im has been interested in losing weight since she was in her teens. At 24, she hired a personal trainer and frequented the diet center 2Weeks, which provides nutritional programs to help reduce weight that include hot yoga, detox cocoons and high-frequency vibration slimming belts. Disappointed in the results, Im switched to acupressure massages and weight-loss drinks that claimed to break down fat within eight weeks.

But the body shape she desired was still not showing in the mirror; it always became “fluffier” after the slimming programs, especially around her “bulgy back and flabby arms.” So in October of last year, Im decided to undergo liposuction surgery.

“I think the mini-liposuction I did was the best one so far. Of course, it was the most painful procedure and I regretted having it right after the surgery, but when I saw the results after a month, I was more than willing to go through it again,” Im said.

She weighed 54 kilograms (119 pounds) when she opted for liposuction. Now she’s down to 50 kilograms and within striking distance of her goal of reaching the mid-40s. At 163 centimeters tall (5 feet, 4 inches), her weight before surgery was near the average for a Korean woman. And compared to the rest of the OECD, she was still in slim company.

According to the latest report by the OECD on the Body Mass Index in 2009, Korea was the least obese among the 30 countries, with only 3.5 percent of the population with a BMI over 30, which is considered obese by the World Health Organization. The most obese nation was the United States with 34.3 percent of the population considered obese. The OECD average was 15.1 percent.

Yet a recent study conducted by the Samsung Economic Research Institute found that an almost unanimous 95 percent of Korean women believe they are in fact obese. The International Journal of Obesity in 2006 also included a study conducted by experts in epidemiology and public health at the University College London, which found that Korean women ranked first in their efforts to lose weight among the 22 OECD countries.

Experts say the desire to lose weight is especially pronounced in Korea because of the media effect on the peninsula, with K-pop stars typically portrayed with long, skinny legs and slim figures.

“These days, it is so easy to see the abnormally skinny figures of celebrities, especially girl group members and actresses on television or on the Internet,” said Kwak Keum-ju, a psychology professor at Seoul National University.

“Even compared to a decade ago, female celebrities have been getting skinnier. And as they are constantly exposed to these images, young Korean women of today engage in excessive diets thinking that they are overweight. They fall into a deluded sense of shame or suffer from an inferiority complex and become obsessed with losing weight.”

Whenever Im looks at female celebrities with skinny waists and long arms and legs, she says she “always feels fat.” 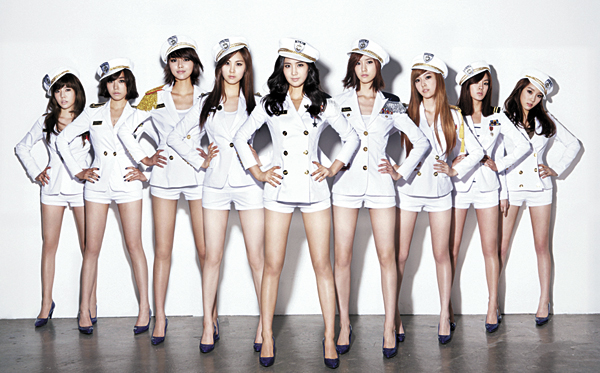 
“When I look at the pictures of actresses on the Internet, all of them are around 45 kilograms. I think that’s the ideal weight,” she said.

“My boyfriend thinks I’m 49 kilograms, but I actually weigh 53 kilograms,” she said. “Men are so exposed to girl group members or actresses saying their weight is around 45 kilograms, I feel like I’m too fat to say that I weigh over 50.”

A recent survey conducted by Korean matchmaking firm Gayeon and online dating site Antisingle revealed that Korean men believe the average weight of Korean women should be between 45 kilograms and 50 kilograms.

It’s not difficult to see girl groups or actresses with so-called S-line or sculpturesque figures walking down the streets of Seoul. Portal sites are filled with articles and pictures either praising actresses and female singers or chiding their weight gain with headlines like “Actress Song Hye-gyo losing image with her pudgier thighs,” or “Health-girl Lee Hee-kyung, is that a yo-yo effect?”

Last summer, the aforementioned Lee Hee-kyung, 27, started a segment called “Health Girl” for the popular KBS 2TV show “Gag Concert” with Kwon Mi-jin, 22. The two comedians, who respectively weighed in at 86 and 102 kilograms, shed pounds on the show by subjecting themselves to bizarre exercises and flagrant diet regimes. When the show finished in November, Lee surprised viewers by revealing herself at a svelte 54 kilograms.

But recently, Internet celebrity news sites have been posting seething articles about Lee, who may have gained one or two kilograms of late, making fun of the comedian and suggesting she go back to her routine on the reality show.

Some Netizens came to her defense, arguing that she “only looks puffed up because she’s wearing a white jacket,” while others insisted she may have to come back to do another run of “Health Girl.”

Whether or not Lee gained a few kilograms, it’s clear that celebrities in Korea are the targets of profound scrutiny when it comes to weight watching.

“I feel that the media is creating an atmosphere in which having love handles or bulges around the bra line is a sin or something to be accused of,” said Park Jeong-ah, 29. “Even though I think this way, I feel like I’m so fat.”

Actress Ko So-young, who gave birth to a son in October 2010, was one of the actresses who was quick to get back to her slim physique after pregnancy. When she recently came back to the small screen, headlines such as “Ko So-young, is she really a mother?” or “Even after giving birth, maintaining such a line is fundamental,” have been making mothers with infants breathe out a deep sigh of resignation.

“It’s not that I don’t try to control what I eat or try to exercise. But it’s impossible to go back to my initial weight or get the lines back,” said Hwang Mi-jin, 32, who gave birth to her first daughter in March.

“Although I try to comfort myself thinking that those mothers like Ko So-young are actresses with lots of money who can do anything to get their bodies back after birth, I feel like a fat cow who won’t be loved by her husband anymore.”

The pressure can become so great that women turn to medical procedures or treatments to slim down as quickly as possible. The country’s largest obesity clinic, 365mc, which has 27 branches throughout the country, has been seeing a rapid increase in patients as swimsuit season is just around the corner.

According to the clinic, it has treated a total of 2.18 million patients as of May.

Im, who is one of the two million people who received treatment at 365mc, said she wanted to receive body sculpting treatments rather than the mini-liposuction. But after an analysis by the 3-D body-type measurement system, she was told that she would get “faster results” by receiving liposuction on the two body parts she wished to trim down, as there was enough fat to receive the surgery.

“Although I wasn’t thinking of receiving liposuction, I decided to do it as it would give me faster results and the clinic provides after-care services to speed up the recovery, which is what people really need,” said Im. For the past six years, Im had spent 10 million won ($8,500) to drop one size down.

However, experts have voiced concern about the numerous obesity and plastic surgery clinics across the country, as unauthorized ones could risk the lives of patients.

“When Botox injection was first introduced in Korea, there were so many unauthorized clinics that performed this procedure, which ended up ruining many Korean women’s lives with the side effects,” said Kim Sung-rae, a professor of family medicine at the Kangbuk Samsung Medical Center and an expert in obesity.

“I think the same thing is happening in the obesity treatment industry, not to mention the dangers of chemical dietary products and abuse of appetite suppressant pills.”

When the Korea JoongAng Daily visited one of the 365mc clinics in Sinsa-dong, southern Seoul, on a Friday evening, the waiting room was packed with young women.

“I can’t believe I gained 1 kilogram within a week. I’m so fat now, I feel miserable,” said one woman in her mid-20s who was told to step onto the scale to measure her weight before her regular treatment.