Galaxy S3 a world away for Koreans, temporarily

Galaxy S3 a world away for Koreans, temporarily 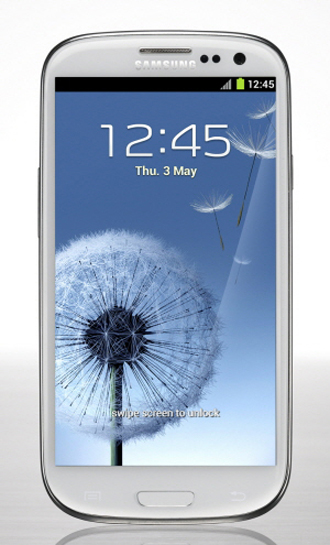 Samsung Electronics is not discriminating against tech-savvy Korean consumers by releasing its new Galaxy S3 smartphone one month later in its country of origin than overseas, industry pundits claim.

They expect local consumers will be able to buy a model that operates on 3G networks within two weeks, while handsets that run on the faster long-term evolution (LTE) 4G network should be available by the end of next month.

Samsung Electronics released its long-anticipated smartphone in 28 countries yesterday, including the U.K., France and the United Arab Emirates, but Korea was excluded from the list, apparently because of the country’s unique cell phone infrastructure.

“This isn’t the first time Samsung has released a Galaxy smartphone in Europe [before other regions],” said an official from the company. “When the Galaxy S came out, it debuted in Europe and only hit Korean stores later due to the different infrastructure.”

Although foreign handsets including Apple’s iPhone do not include the DMB function, it has become a popular feature adopted by local smartphones and portable tech devices as hard-working Koreans like to sit on the subway and watch TV as they commute.

According to Samsung, the world’s No.1 smartphone maker, the Galaxy S3 will gradually hit the stores of 296 telecom companies in 145 countries by July, a new record for a Samsung mobile phone. The S2 was sold at roughly two-thirds as many stores in slightly fewer countries.

The international launch comes after Samsung unveiled the model in London on May 3 (local time) followed by promotional “pop-up” stores to generate more buzz ahead of the London Olympics, of which the company is a sponsor.

Samsung will kick off a world tour in nine cities inviting journalists, investors and executives from telecom firms to promote the new product starting with Sydney and New Delhi on Thursday.

The S3 comes in two colors - pebble blue and marble white - and is armed with a 4.8-inch super AMOLED display, half an inch bigger than its predecessor. It also boasts other “enhanced intelligence” features including face, voice and motion-detection functions.

It runs on Android 4.0 Ice Cream Sandwich and comes with three memory storage options: 16, 32 and 64 gigabytes.