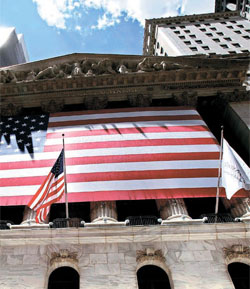 The Diplomat, an online magazine based in Japan reported on Monday that U.S. Special Forces have parachuted into North Korea on spy missions, but the report has been highly questioned.

The spying, the magazine said, involved a parachute infiltration by U.S. agents into the heavily militarized North and the use of state-of-the-art reconnaissance devices.

According to the article on the Web site of the Diplomat, Army Brig. Gen. Neil Tolley, commander of U.S. Special Operations Forces in South Korea, unveiled the intelligence gathering activity while speaking at a conference in Florida last week.

However, the U.S. Forces Korea denied the report.

In an official statement, the U.S. Forces Korea said, “Some reporter has taken great, liberal license with his comments and taken him completely out of context. Quotes have been made up and attributed to him. No U.S. or ROK forces have parachuted into North Korea.”

The Diplomat reported Tolley saying that the North has constructed thousands of tunnels since the end of the Korean War, including inside “20 partially subterranean airfields, thousands of underground artillery positions and at least four tunnels underneath the Demilitarized Zone separating the two Koreas.”

The reporter who filed the report, David Axe, posted updates on the Web site www.warisboring.com, yesterday, saying: “Look people, Korea’s not my usual beat. Far from it. I don’t always know what’s news and what isn’t in Korea. But I was in the room at the conference. I took notes.

“People are telling me that surely Tolley was speaking hypothetically. If so, he did not specify. Or if he did, I did not hear him.”

Axe quoted Tolley as saying that for safer parachute infiltration and spying activities, the agents are being equipped with minimal but high-tech supplies.

“The use of tunnels in North Korea is well documented,” it said.

“Several of the known tunnels along the DMZ are visited by tourists every day.”