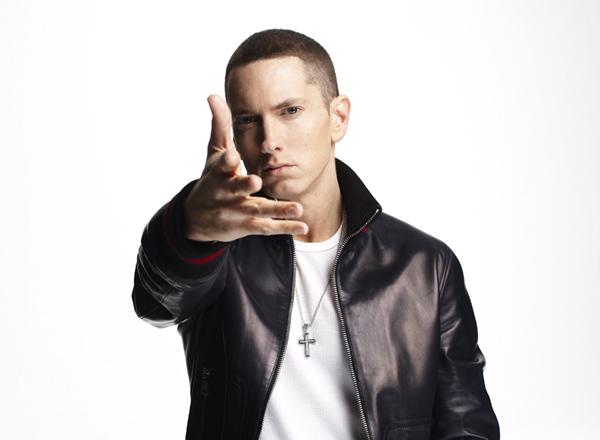 Will the real Slim Shady please stand up? For the first time in Korea, he will. Eminem’s “Recovery Tour” makes its way to Jamsil Sports Complex on Aug. 19. The best-selling artist of the 2000s has sold more than 86.5 million copies of his albums. See MUSIC. Provided by the organizer

Saturday and Sunday: Powerful vocal diva Lee Eun-mee will perform the “World’s Shortest Drama” this weekend at Olympic Park. Lee, who made her debut more than 20 years ago, emerged as a solo artist in 1992 and paved her way to success with her song “I Have a Lover,” which ranked as the No. 1 most-sung karaoke song in Korea for two consecutive years. Lee has held more than 700 concerts throughout her career.

June 5: Le Concert Spirituel, one of the leading performers of French baroque music, will have its first concert in Korea. Founded in the 18th century, it was the first ensemble to perform private concerts in France, but was closed at the start of the French Revolution. Its name was revived by Herve Niquet, a French conductor and composer, in 1987. Marking its 25th anniversary, the ensemble has made a name for itself for its special interpretation of Baroque music under the baton of Niquet.

June 8: Grammy-winning American singer-songwriter Jason Mraz is coming to Busan after the release of his fourth EP, “Love is a Four Letter Word,” in early May. In the Korean market, Mraz has sold more than 200,000 copies, which has placed the singer-songwriter as the most popular foreign musician. The show will have 2,000 standing seats and 750 assigned seats.

Peretti won first place at the St. Albans International Organ Competition in 1999 and since then has toured around the world.

Since 2009, he has been a professor at the University of Music and Performing Arts in Vienna. Robin is regarded as the best student of notable French organ player Marie-Claire Alain, who often performs substantial works entirely from memory.

Aug. 19: Will the real Slim Shady please stand up? For the first time in Korea, he will. Eminem’s “Recovery Tour” makes its way to Seoul this summer after stops in the Americas and Europe. The U.S. rapper and producer was the best-selling artist of the 2000s with his debut album “The Slim Shady LP” propelling him to fame in 1999. He became the first artist to win Best Rap Album Grammy for three consecutive LPs. Currently, more than 86.5 million copies of his albums have been sold worldwide.

Saturday and Sunday: Artistic director Mourad Merzouki of the Kafig Company has created performers famous for their fusion of dance styles, and they are now coming to Seoul. The Kafig Company mixes hip-hop, capoeira, samba and acrobatics with high-energy electronic music and bossa nova.

She is best known for her interpretations of works by Kurt Weill and Bertolt Brecht as well as for her cabaret songs with long political histories. In recognition of the numerous recordings she has under her belt, Lemper was named Billboard’s “Crossover Artist of the Year” in 1993 and 1994. On the musical stage, she starred in the original Vienna production of “Cats” as Grizabella and Bombalurina and also had a title role in the musical “Peter Pan” in Berlin. Lemper will start her concert with her classic works and will be accompanied by Argentine bandoneon (concertina) player Marcelo Nisinman and New York jazz pianist Vana Gierig.

June 15: The Korea National Ballet is bringing back its contemporary performance of “Romeo and Juliet,” choreographed by Jean-Christophe Maillot, as the opening piece for the upcoming Ballet Festival Korea. In October, when the KNB performed “Romeo and Juliet,” accompanied by the Seoul Philharmonic Orchestra under the baton of the renowned maestro Chung Myung-whun, an average of 98 percent of the seats were occupied for all four days of the performance. The upcoming show, however, will be accompanied by recorded music.

June 16 and 17: The famous Korean ballerina Kang Sue-jin, who is the principal dancer in Germany’s Stuttgart Ballet, will be performing iconic ballet “La Dame aux Camelias” by John Neumeier. Kang will be performing the lead role of Marguerite Gautier, a tragic courtesan in 19th-century Paris. Kang is a renowned Korean ballerina working in the international dance scene and has contributed significantly to raising the profile of Korean ballet overseas. The prima ballerina joined the Stuttgart Ballet in 1986 and was the first Asian to be honored chamber dancer by the German state government of Baden-Wurttemberg.