Actress to venture into music industry

Actress to venture into music industry 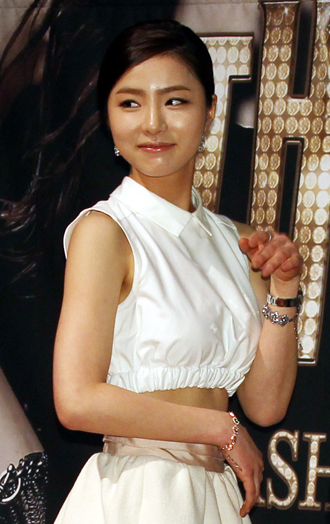 Actress Shin Se-kyung will release a new song online sometime in June. A source close to the star told Sports Seoul on Tuesday that the actress has recently recorded the track and plans to make it available on various online music Web sites from the middle of next month.

The tune is described as a lively dance song and was produced by the singing duo Free Style. The source said that Shin has always been interested in music and has scoped out opportunities before.

Last year, the 21-year-old actress recorded a song for the soundtrack of the movie “Hindsight,” in which she starred.

Shin is said to be only interested in the singing aspect of the industry rather than performing on stage.

She rose to fame when starring on the MBC comedy show “High Kick” in 2010.

The Hallyu star was also in the limelight when she starred in the SBS drama “Fashion King” with actor Yoo Ah-in. The show ended on May 22 with an ambiguous finale that left viewers puzzled. By Carla Sunwoo