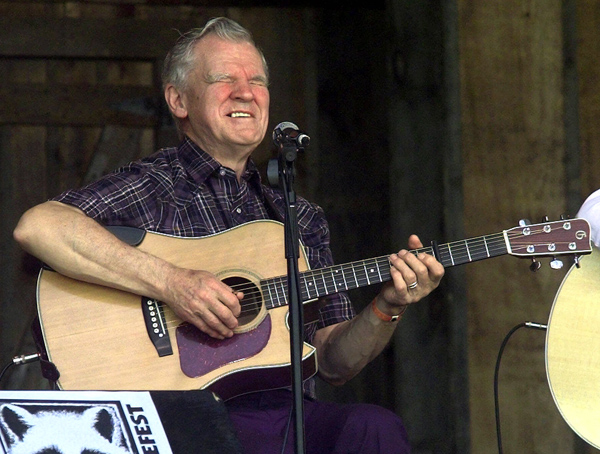 Doc Watson, the Grammy Award-winning folk musician whose lightning-fast style of flatpicking influenced guitarists around the world for more than a half century, died Tuesday at a hospital in Winston-Salem, North Carolina, according to a hospital spokeswoman and his management company. He was 89.

Watson, who was blind from age 1, recently had abdominal surgery that resulted in his hospitalization.

Arthel “Doc” Watson’s mastery of flatpicking helped make the case for the guitar as a lead instrument in the 1950s and 1960s, when it was often considered a backup for the mandolin, fiddle or banjo. His fast playing could intimidate other musicians, even his own grandson, who performed with him.

Doc Watson was born March 3, 1923, in what is now Deep Gap, North Carolina, in the Blue Ridge Mountains. He lost his eyesight by the age of 1 when he developed an eye infection that was worsened by a congenital vascular disorder, according to a Web site for MerleFest, the annual musical gathering named after his late son Merle.

Doc Watson’s father, who was active in the family’s church choir, gave him a harmonica as a young child, and by 5 he was playing the banjo. He learned a few guitar chords while attending the North Carolina Morehead School for the Blind in Raleigh, and then his father helped him buy a guitar for $12, the Web site says.

Doc Watson got his musical start in 1953, playing electric lead guitar in a country-and-western swing band. His road to fame began in 1960 when Ralph Rinzler, a musician who also managed Bill Monroe, discovered Watson in North Carolina. That led Watson to the Newport Folk Festival in 1963 and his first recording contract a year later. He went on to record 60 albums.

According to the Encyclopedia of Country Music, Watson took his nickname at age 19 when someone couldn’t pronounce his name and a girl in the audience shouted, “Call him Doc!”

Seven of his albums won Grammy awards; his eighth Grammy was a lifetime achievement award in 2004. He also received the National Medal of the Arts from President Bill Clinton in 1997.