Advocate for human rights of N. Koreans dies in China

Advocate for human rights of N. Koreans dies in China 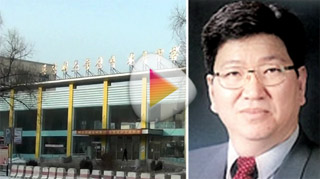 A South Korean pastor who had worked as an advocate for human rights of North Koreans for many years was killed in a car accident in China last Sunday, according to the South Korean government yesterday.

Last year, the protestant minister Kang Ho-bin, 58, survived a poison attack by an unidentified man in China, who some suspected of being a North Korean agent. Beijing and Seoul are both playing down suspicions that his death is the result of another North Korean operation.

Kang was driving from Longjing, in the Korean Autonomous Prefecture of Yanbian, Northeastern Jilin, to Yanji, another Yanbian city, at around noon on Sunday. His car suddenly collided with a 21-seat bus coming the other way on the national highway near Yanji, officials of the Ministry of Foreign Affairs and Trade said, based on what they heard from the Chinese authorities.

“The section of the highway where the accident occurred usually has two lanes, but one of the lanes was blocked due to a construction project nearby,” an official said.

Both vehicles were driving over the speed limit at the time of the crash, he said. Which driver caused the crash is under investigation, the official said. Kang died immediately of a chest injury, another Seoul official said. The bus also sustained severe damage, nearly losing a front wheel, but only one passenger suffered a mild injury and was soon discharged from the hospital, he said.

The bus, driven by a Chinese driver, was carrying a female ticket clerk and seven passengers. The identities of the passengers were not immediately available.

Kang, formerly employed as the captain of a South Korean commercial deep-sea fishing vessel, had devoted himself to work related to the human rights of North Koreans for the past 10 years, according to his acquaintances.

On Aug. 22 last year, he was hospitalized and unconscious after being stabbed with a syringe full of poison by an unidentified man in Yanji. He awoke a few days later. He came to South Korea after the incident over concerns for his safety, but went back to Yanbian early this year to resume his work, his acquaintances said.

“So far, it appears that it was a car accident, not something else, and the families of the pastor briefed by China today are not raising any suspicions,” a senior Seoul official told reporters, responding to suspicions raised by local media outlets over his death.