‘Snow White’ is a gorgeous, satisfying take on the fairy tale

‘Snow White’ is a gorgeous, satisfying take on the fairy tale 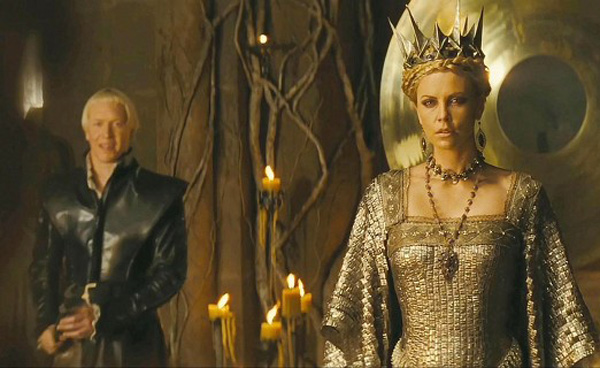 Charlize Theron stars as the evil queen in “Snow White & the Huntsman.” Provided by UPI Korea


Astonishingly beautiful and breathtaking in its brutal imagery, “Snow White & the Huntsman” is thrilling and frightening in equal measure, yet as bereft of satisfying substance as a poisoned apple.

Rupert Sanders’ revisionist take on the classic Brothers Grimm fable, the first feature from the respected British commercial director, upends expectations of traditional gender roles while simultaneously embracing what a fairy tale should be. It’s dark and dangerous, vicious and violent. Yes, there are dwarves and adorable, furry woodland creatures but more often, death is a constant threat.

And yet the performances - notably from Kristen Stewart as the iconic title character - don’t always live up to the film’s visionary promise. First, there’s the problem of casting anyone who’s supposed to be fairer than Charlize Theron as the evil queen. But beyond Stewart’s distractingly inconsistent British accent, she simply lacks the presence to serve as a convincing warrior princess. She’s too slight, her Snow White seems too reticent and insecure as she leads her minions into battle and she still relies on all those Bella Swan tics that define her performances in the “Twilight” movies: the sulking and sighing, the skittish side glances.

Theron, at the opposite end of the spectrum, tends to get too screechy; with her imposing height, deep voice and mesmerizing beauty, she’s far more powerful when she dials it down. She’s long been willing to play deeply flawed and even cruel characters, but here she gets downright campy at times. Still, she is always a startling vision to behold in Oscar-winning costume designer Colleen Atwood’s dramatic, intricate dresses and crowns.

The look and the energy of “Snow White & the Huntsman” are what keep it engaging, if a bit overlong.

Theron, as the magical and manipulative Ravenna, has married (and quickly killed) the widower king, locked his daughter Snow White in a tower and plunged a once-peaceful realm into a wasteland of misery and strife. Once Snow comes of age and earns her fairest-of-them-all status, Ravenna’s power is threatened, and nothing short of eating the princess’ heart will sustain her.

This sets the film’s chase in motion: Snow White escapes, and Ravenna hires a veteran huntsman (Chris Hemsworth) to track her down in a treacherous place known as the Dark Forest.

But instead, this tormented soul ends up becoming her reluctant protector, which means Ravenna must send yet another team of bad guys to find them both. Hemsworth, the hunky “Thor” star, continues to solidify his intriguing screen presence; he’s got the looks and swagger of a bigger, bulkier Brad Pitt but also gets to show off his vulnerability and even some comic timing, too.

And laughs are hard to find around here, which is why it’s so surprising to see our old friends the dwarves show up; given that everything else about this telling of the familiar fairy tale is so different, you don’t really expect them.

There are eight of them, not seven, and they certainly don’t whistle while they work; similar to the dwarves in the other Snow White movie this year, the jokey, ornate “Mirror Mirror,” they’re scoundrels and thieves making mischief in the forest.

But it’s the way they’re presented once they meet Snow and the huntsman that’s the real surprise, and it may cause you to do a double take.