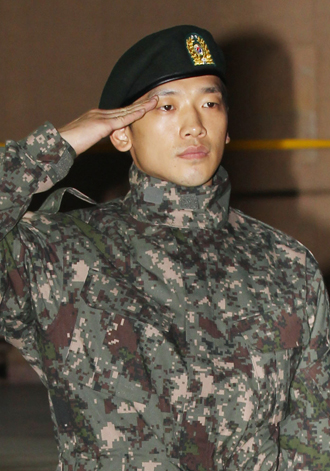 Singer Rain seems to be a winner, even when he is away fulfilling his compulsory military service. On May 31, Seoul Central District Court ruled in favor of the Hallyu singer for the second time against his tenant, a local designer who had not been paying any rent and failed to move out of Rain’s building after the lease had run out.

“We maintain our ruling from the first trial that the tenant should take the money deducted from his 100 million won ($84,700) deposit and leave the premises,” the court said, ordering the tenant to vacate the premise that he has been using as a gallery.

According to the court, the singer and the designer entered into a contract back in August of 2009 with a deposit of 100 million won and 4 million won rent as well as an additional 400,000 won in maintenance fees per month.
The contract was valid until March 2011 and although the designer used this space as a gallery, he failed to pay maintenance fees from December 2009 and then stopped paying rent altogether from September 2010.

Rain brought a suit against the designer back in January to kick him out but the designer said that because of leakage in the building, he was owed money from damages and failed to vacate the building. He felt that he was the victim and appealed for the case against Rain.
By Carla Sunwoo [carlasunwoo@joongang.co.kr]