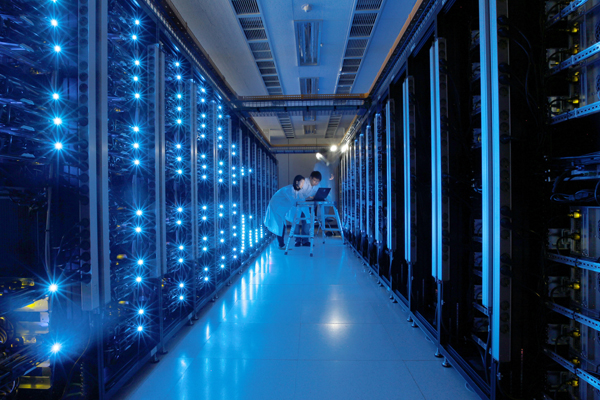 If the hard disk drive in your computer is nearing capacity, you no longer need to worry. You have options.

You can sign up with Korean portal sites or cloud storage service providers for free storage space on the Web.

And you have more choices than ever, now that two additional U.S. players launched Korean-language services in May.

Dropbox, a San Francisco-based, cloud storage service provider, began Thursday offering its customers the option to use the service in Korean, adding to existing languages such as English, French, German, Spanish and Japanese.

“The reason we are doing this is because the Korean market is very important to us,” said Lars Fjeldsoe-Nielsen, head of mobile business development at Dropbox, at a press conference Thursday in southern Seoul.

“We have a lot of users in Korea already. Part of the reason we are launching here is to address people’s request to offer Dropbox in Korean ... The user behavior has been very high and people have very high expectations.”

Dropbox, as well as many other cloud storage services, allows users to upload computer files including documents, photos, music and videos to their cloud account using the Web site’s sync folder installed on computers or smartphone applications.

Then they can access the files via the same channels.

The march of the 5-year-old U.S. firm into Korea comes less than a month after Google unleashed the Korean version of its Google Drive cloud storage service targeting Korean users.

Google Drive’s strength, its devoted users say unanimously, lies in its in-app document-editing capabilities via its link to Google Docs.

While Dropbox provides 2 gigabytes of free storage, Google Drive offers 5 gigabytes. For additional space, users need to pay monthly or yearly subscription fees. Among other foreign players available here are iCloud of Apple and SkyDrive of Microsoft. While paid cloud storage is the key source of profit for Dropbox, cloud is the key component for building a seamless ecosystem around their products and services for others.

What can be discouraging for Dropbox and its foreign companions is that there are already a handful of Korean cloud storage service providers that give users up to 50 gigabytes of space for free. Two key domestic portal site operators - Naver and Daum - have been offering 30 gigabytes and 50 gigabytes of space, respectively, while three mobile carriers - SK Telecom, KT and LG U+ - are also running their own cloud storage for their customers. Some of them charge fees for more space but the prices are remarkably cheaper than their foreign counterparts.

A spokeswoman with Naver, Korea’s No. 1 portal site and search engine operator, says it runs N Drive as part of its customer service. She said there are no plans to convert it to a paid service.

“Cloud storage is a tool to boost customer loyalty for us,” said a Daum spokesman. “Just because we say we give 50 gigabytes of free cloud storage to respective users, not all of them use the space fully. Say a customer uses 4 gigabytes, then the remaining 46 gigabytes of space doesn’t remain idle. Instead we manage it to allot the leftover space for others.” To a query over the cost of handling the space without charging fees, he said, “it can be easily covered with our own technology.”

As of May, those using Naver’s N Drive totaled 10 million, almost one-third of the site’s registered users, and some 7 million people used Daum Cloud as of April. Dropbox, which has over 50 million users around the world, refused to reveal the figure for Korea, citing its corporate policy of not giving country-specific statistics.

The cloud storage market, still in its budding period, has a lot of room to grow, the IT industry predicts. The Korea Communications Commission forecasts the market size in Korea will grow more than three-fold from 160.4 billion won this year to 496.5 billion won. In the same period, the global market is seen to double to 60 trillion won.

Fjeldsoe-Nielsen, the Dropbox executive, acknowledged that the Korean cloud storage market is “very crowded and has very big players already.”

“We know that N Drive [of Naver] is the big player here. But it’s all about user experience that really matters. Dropbox is very simple.”

What gives the U.S. service a competitive edge over others in terms of profit sourcing is it has forged various partnerships with smartphone producers to embed the Dropbox application in gadgets and provide users with free storage of up to 50 gigabytes.