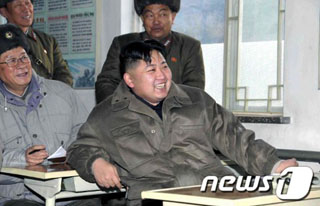 Seoul said yesterday that it won’t acknowledge a nuclear North Korea, a day after the North revealed that it had amended its constitution to describe itself as a nuclear-armed nation.

The U.S. government said the same.

“North Korea cannot have a nuclear state status,” Ministry of Foreign Affairs and Trade spokesman Cho Byung-jae told a media briefing yesterday, and he cited the North’s previous pledge of denuclearization in 2005 and the two United Nations Security Council resolutions prohibiting it from having nuclear arms.

Cho also said that the status of a nuclear power state is given to a country that abides by the Nuclear Nonproliferation Treaty. The North, which withdrew from the international treaty in 2003, cannot claim it, he said.

“We believe if the North continues to ignore the international community and violate international law, its isolation will be deepened and its supposed priority of stabilizing the lives of its people will be made more difficult,” he said.

The Ministry of Unification issued a similar statement yesterday urging the North to comply with its international obligations to denuclearize.

The ruling Saenuri Party called the North’s altering of its constitution a “provocation toward the Korean Peninsula” and called on the South Korean government to stand firm.

On Wednesday, on its Tokyo-based Web site Naenara, or “My Country,” the North carried the full text of its recently amended constitution with a reference to itself as a nuclear power in the foreword.

A spokesman for the U.S. State Department told Yonhap News Agency later Wednesday that the U.S. will never recognize the North as a nuclear state.

Some observers in the South said it is inevitable that policies toward North Korea will have to change.

“Now the approach toward North Korea’s nuclear issue cannot help but be one of regime change in the North, a change to a regime that does not need nuclear weapons,” said Jeong Yeung-tae, a senior researcher at the Korea Institute of National Unification.

A Seoul official said the amending of the constitution has lowered the credibility of the Kim Jong-un regime and preconditions for the North to be able to return to negotiations with the international community over disarmament will be significantly augmented. The North agreed in principle to denuclearization in the Joint Declaration of Sept. 19, 2005 during the fourth round of the six-party talks involving the two Koreas, the U.S., China, Japan and Russia. The talks, which are now 10 years old, have stalled since April 2009 when the North walked out.