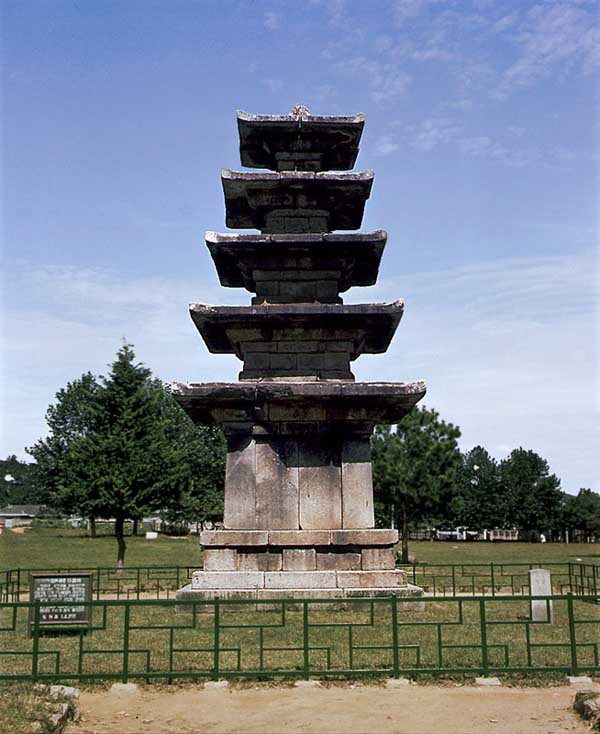 Buyeo Jeongnimsaji Ocheungseoktap, commonly known as Baekje Ocheungseoktap, is one of only two remaining stone pagodas of the Baekje Kingdom (18 B.C.-660 A.D.) with Iksan Mireuksaji Seoktap (National Treasure No. 11).

The stone pagoda is estimated to have been built in the late sixth century when wooden pagoda turned into stone pagoda. It still follows the wooden pagoda style at some parts such as “Beheullim Technique” for the pillar with upper and lower parts that are narrow while its middle is convexly shaped. Compared with Iksan Mireuksaji Seoktap, it is seen as a more elegant and well-balanced model with refined and creative details. It significantly influenced the later style of stone pagoda.