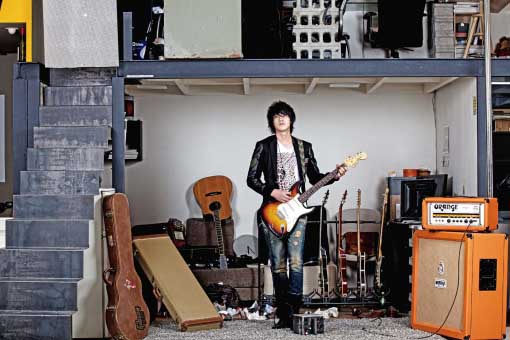 Rock band Buzz will make their comeback after 18 months with a new single, its agency A1 Entertainment said.

Buzz had its hey-days in the mid-2000s. But with their star vocalist Min Kyung-hoon going solo and other members doing their military service around 2007, the band officially took time off.

After being out of the public eye, they remade themselves from a five-member group to two members in November 2010 after releasing the album “Fuzz-Buzz.”

The agency said the band’s new album “Buzz Return” will be released today led with a rock-ballad “My Heart Is Crying.” The agency said guitarist Yoon Woo-hyun composed and produced most of songs on the album.

Meanwhile, former Buzz guitarist Son Sung-hee is also coming out with a new single. Son, who is now with the 4th Floor band, will release his second single “New Born” on Thursday. The group’s agency, El Company, said Saturday that the trio have worked with rock band Boohwal’s bassist on the album.