Organizers gamble on B.A.P in Macao

Organizers gamble on B.A.P in Macao 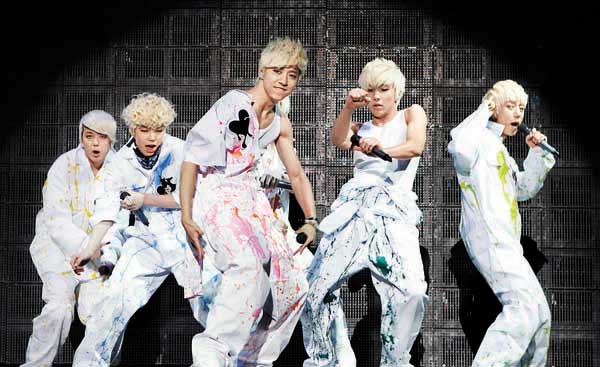 Newcomers B.A.P are set to join a star-studded cast of K-pop artists including Girls’ Generation, SHINee and U-Kiss for a concert organized by the Venetian Macao Resort in the Chinese gambling enclave. The concert will take place on July 2 at the luxury resort hotel’s 15,000-capacity indoor performance hall.

Some of the biggest names in music have graced the stage, including Beyonce, Lady Gaga and Linkin Park, not to mention Hallyu stars Rain and Super Junior.

“K-Pop Nation Concert In Macao 2012” is being co-hosted by Hong Kong’s Beneco Asia and MBC Plus Media. The organizers said they chose to include the boy band because it is an “an up-and-coming force in K-pop.”

“Despite having debuted just four months ago, the band’s second EP ‘Power’ has conquered various charts,” they added. The concert will be recorded and aired in Korea, China and Hong Kong. The band was recently selected as the cover model for Taiwan’s leading Hallyu magazine Trendy.