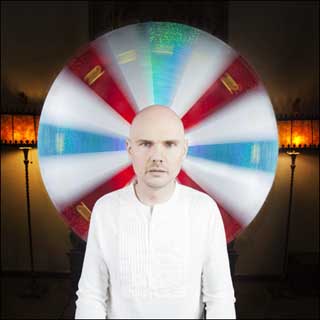 The Smashing Pumpkins are making their maiden trip to Korea in August to participate in an alternative rock music festival that will be held at Olympic Park in eastern Seoul.

The event is an extension of Summer Sonic, Asia’s biggest rock festival that is held in Japan annually.

Although the band’s lead vocalist Billy Corgan visited Korea over a decade ago, this is the first time for the whole band to accompany him.

Some of the greatest names in alternative rock will also appear in Seoul at the festival, including New Order, Tears for Fears, Gym Class Heroes and The Vaccines.

Hailing from Chicago, the Smashing Pumpkins were formed in 1988 and shot to prominence in the 1990s due to their ability to blend various genres such as gothic rock, grunge, heavy metal and dream pop.

The band broke into the musical mainstream with their second album, “Siamese Dream,” in 1993. It comprises Corgan and Jeff Schroeder on rhythm guitar, Mike Byrne on drums and Nicole Fiorentino on bass guitar.