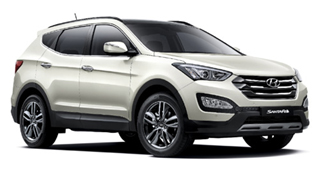 The combined sales of the carmakers came to 695,207 vehicles last month, compared to 638,586 units sold a year earlier, according to sales numbers released by the companies.

Domestic shipments edged up 0.8 percent on-year to a combined 120,574 last month, with overseas sales, including cars exported from Korea and vehicles assembled at foreign plants, climbing around 10.7 percent to 574,633 units.

“Last month’s results were fueled by solid gains in sales made by the country’s two largest carmakers - Hyundai and Kia - that offset minus growth posted by smaller-sized companies,” an industry insider said.

He said overall gains were made possible by rising demand in foreign markets that helped offset weak domestic sales. Global demand for cars has generally taken a turn for the worse due to persistent euro zone woes and slower-than-expected economic growth in the U.S. and China. Yonhap