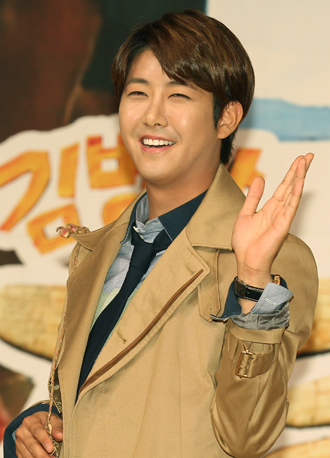 Hwang Kwang-hee from boy band ZE:A hurt his leg while shooting the SBS variety show “Law of the Jungle 2.” The boy band member tore a ligament while on location in the Siberian federal district of Russia and returned for treatment May 26.

A spokesperson from his agency told Star News yesterday that though the injury wasn’t severe, due to harsh weather conditions it was thought a wise move to bring Hwang home.

Actor Lee Tae-gon was chosen as Hwang’s replacement on the show.

Meanwhile, band leader Moon Joon-young also injured his leg May 26, which meant the boy band had to postpone its comeback.

In April, Hwang raised eyebrows by admitting that he had all features on his face modified.

“Basically, everything you can see on my face has been retouched. I had my nose done, work done on my forehead, and oh, my eyes, too,” said the 23-year-old star of the rising boy group on an episode of KBS 2TV’s “1 vs. 100 on April 3.