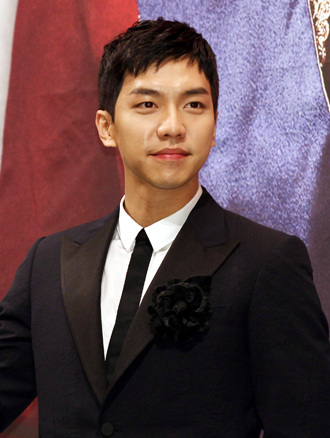 Hallyu singer and actor Lee Seung-gi held his first solo concert at the Budokan in Tokyo on Friday.

The concert titled “2012 Lee Seung-gi Japan First Live - Hope” was a phenomenal feat for the singer who only made his debut in Japan in March. More than 8,000 fans turned up to catch a glimpse of the K-pop singer.

Lee opened the night with his trademark songs “You’re My Friend” and “Alone in Love,” which was his first official Japanese single. The song also topped the weekly Oricon chart when released in March.

Ever the friendly performer, Lee asked fans what songs they wanted to hear and complied when they chanted “Slave” and “Tonight.”

Lee sang for 2 hours and 20 minutes before calling it a night.

Japanese actress Riisa Naka, who was featured in “Alone in Love,” also made an appearance and praised Lee by saying, “You are an amazing performer at close range. I am now officially a fan.”

The concert will be broadcast July 15 in Japan on the Wowow network.