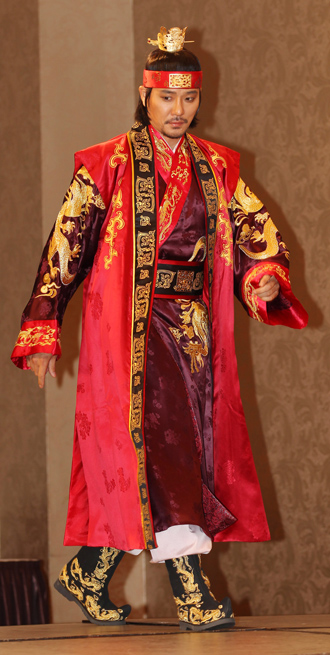 Actor Lee Tae-gon will hold fan meetings in Japan from July 1, starting with Katsushika in Tokyo where residents will be picked to attend the event free-of-charge.

In an unusual move, Lee hopes to exemplify the charitable deeds and beliefs behind Korean culture by making the event free.
“I’ve been involved with period dramas that shed some light onto Korean culture. I just wanted to show my gratitude towards the Japanese fans in a befitting manner so I thought that this would be it,” said Lee about the Tokyo based fan meet.

Meanwhile, after the meet in Tokyo, Lee will travel to Osaka and Fukuoka for additional meets.

T.G International said that its talent plans on expanding his activities in Japan and hopes to come up with various activities in a bid to appeal to both Japanese and Korean fans alike.

Lee has rocketed to fame of late through the historical drama “King Gwang-gae-to the Great,” which ended in April.